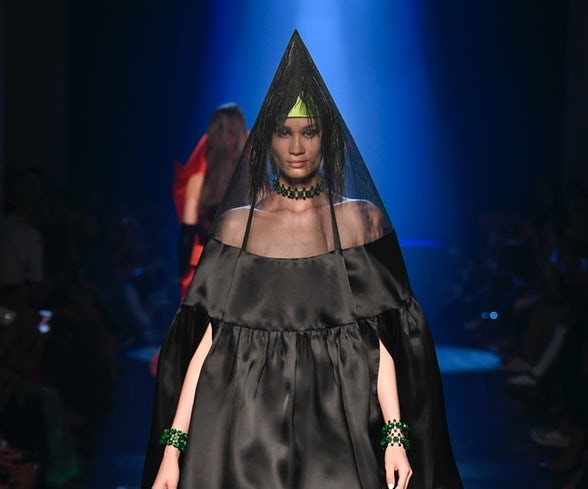 Gaultier in the Mirror

Little coherence but plenty of amusement and mean feats of tailoring

An inflated card announced the Gaultier Paris show today, but the theme of the collection — Jean Paul Gaultier works in themes — was not padding. It was, by and large, optical illusion — the mock mirroring effect on the invitation was the giveaway. The show opened with a couple of fake fur coats: satin concoctions printed all over in hairy patterns. But things derailed from there, veering in every possible direction, from slightly masculine to glamorously feminine, with little coherence but plenty of amusement. 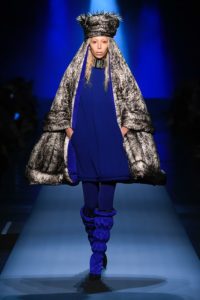 You either like Gaultier’s anachronism or not: there is no other way to enjoy what he does. The way his shows are staged, complete with screaming fans and models walking in overtly theatrical mode, is so démodé it might actually pass for avant-garde. This was the case again today, but what shone through was Gaultier’s mastery as a dressmaker. 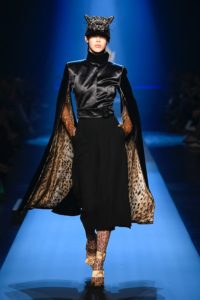 There were some mean feats of tailoring, from the oversize-collar suits to a series of geometrical dresses. Speaking of optical illusions, Gaultier revisited familiar ground in a collaboration with optical artist Viktor Vasarely’s foundation that unearthed some vintage prints, circa 1995. It made for a quick trip down memory lane that actually had very little to do with the rest of the show. As ever, Gaultier focuses on the piece, not the concept. Interpretation is not mandatory. One just has to sit and enjoy.

Doublet’s Latest Sweater Is What Nightmares Are Made Of

Converse by Frozen 2, the new collection of shoes dedicated to the Disney sequel

Archetypes of femininity for monochromes by Marco De Vincenzo

DIESEL and A-COLD-WALL: the capsule unveiled in New York