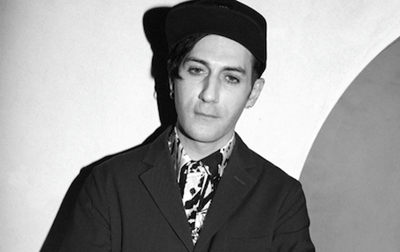 He moved from video art to fashion, from Malibu to a non-place and to a code in which multiple influences coexist

M1992 by Dorian Stefano Tarantini, DJ and designer, was born as a rebranding of Malibu1992. Together with the design, music was his first passion, also thanks to his father’s vinyl collection.

From there the step towards the video clips and, then, the fashion was brief. The first work, in 2014, staged, in 23 minutes of video, the images of 200 years of Western decline.

“What towards the new brand was a necessary change, because what I want to express today goes beyond the initial bond of the brand with California”, explained Tarantini. Now the designer draws inspiration from the history of the Italian pret-a-porter of the 80s, and from some brands that now seem to belong to the past like College or El Charro, Basile and Genny.

His first fashion show at Pitti Immagine Uomo No. 93 brought a wave of nostalgia to the fore for an exuberant decade, but he was reread by the eyes of a stylist linked to the world of street art.
Here he told about himself in a recent interview.

How did the M1992 debut go?
Mine is an emerging brand and, despite this, in Florence it was treated as a consolidated name. This was a very important experience for me.

What has changed since?
From that moment I found a wider interest in my brand. From the 8-10 concept stores I could count on, we arrived today at around 50, and they’re all tops. From Club 21 in Singapore to Corso Como Shanghai, American rag Los Angeles and then, in Italy Stefania Mode Trapani and Antonia, but also Yoox, Zalando, Farfetch. I am also present in Tomorrow showroom, a Parisian reality that deals with very interesting brands, especially Oriental. In the East his brand is very appreciated.

But where would you like to live?
I’m very well in Milan.

What do you imagine for the future?
So far I have created a men’s collection, with a 10-piece female capsule that started from the same materials and fabrics, then denim but also typically tailored ones, and a similar attitude, or rediscovery. I started from a thorough investigation into the suit, a symbol of a time when films such as A career woman, for example, were set. I intend to enhance this female part and to continue transferring casual materials into haute couture.

What does the rediscovery of historic brands mean?

In London, where there is a creative fabric very similar to mine, there is a real dusting of Italian fashion in the 80s and 90s, especially in niche collecting environments. The e-commerce site Too hot limited, for example, was born from the passion of the creator, the director Ollie Evans, for the Italian vintage. The project has been so loved that it has also reached Harvey Nichols. Today’s fashion is a fashion that looks to the past but is destined for a young, sophisticated, underground audience. This combination of amarcord and freshness fascinates me.

Where do you see yourself in five years?
Free to continue to express myself and communicate.

What is your favorite artist?
Giorgione.

The music you listen to most willingly?
The composer John Metcalfe.

Is there a contemporary designer with whom he would like to collaborate?
Not just one, but two, both points of reference for fashion in the world: Donatella Versace and Ralph Lauren.

Gucci tells the “fashion story” with the new campaign