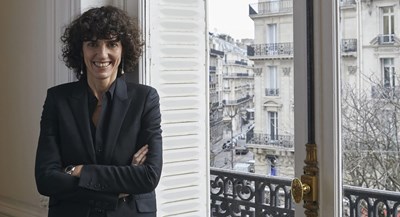 From Kering to LVMH, women climb the heights of luxury

With prominent names such as Francesca Bellettini from Saint Laurent, Séverine Merle from Celine and Pascale Lepoivre from Loewe, the fashion industry travels towards gender equality and is full of female managerial figures within the board

The boards of directors make room for a new generation of female CEOs. Although recent estimates show that less than 5% of CEOs in the world are women, in the luxury and fashion sector it seems increasingly evident the reversal in which companies are inclined towards gender equality by choosing female professionals to hire the highest offices of corporate management. Leading executive figures are emerging within numerous realities, and the big French giants Kering and LVMH are the first to support the climb to the top of the managers.

“The goal of François-Henri Pinault is to make Kering a pioneer with concrete policies,” Marie-Claire Daveu recently declared, from 2012 chief sustainability officer and head of international institutional affairs of the French holding company that owns Gucci, Balenciaga , Saint Laurent, Bottega Veneta, Alexander McQueen and Brioni. «Not only sustainability, but also ethical and social issues are at the center of the group project and we are striving to transform its vision into something tangible. Currently, 64% of the board is made up of women, young, capable and of good culture “, continued the manager, specifying the importance for the group of guaranteeing managers economic equality as well.