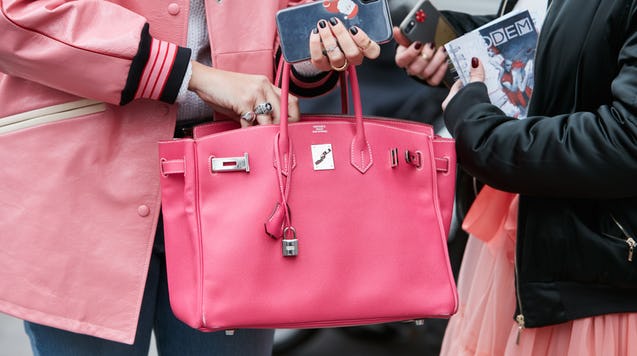 The French luxury-goods Hermes house said Wednesday it will pay an annual dividend of €4.10 a share along with a special payout of €5 a share

Hermès International, flush with cash from surging sales of $10,000 handbags, is giving a chunk of it back to shareholders.

The French luxury-goods house said Wednesday it will pay an annual dividend of €4.10 a share along with a special payout of €5 a share. Hermès’s cash holdings reached almost €3 billion ($3.7 billion) as of December 31.

“We have no debt, we have very faithful shareholders, and it’s a historic year,” chief executive Axel Dumas said on a call with reporters. “It seems to make sense to have an exceptional dividend compared to our cash position and the good trend of the business.”

The maker of Birkin and Kelly bags is benefiting from a fresh push in e-commerce that helped its operating margin widen 2 percentage points to 34.6 percent, the company said in a statement Wednesday. The Paris-based company reported earnings that beat analysts’ estimates.

Hermès was a pioneer in luxury e-commerce when it started to sell online in 2001, but the website since then had stuck to a more limited selection and was slow to adapt to the smartphone age. Under the new effort, the company will even send clients a $40,000 watch via FedEx.

The margin in the first half of last year benefited from currency hedging, Dumas said.

In the second half, “our collections sold very, very well,” he said. “We sold almost everything we had in stores. That has been very beneficial on the margin.”

Hermès said it aims for “ambitious” revenue growth this year despite economic, monetary and political uncertainties.

Paris-based Hermès had already reported that growth slowed during the holiday season as the luxury-goods maker ran low on leather items. Fourth-quarter sales rose 4.6 percent at constant exchange rates, less than half the rate of the previous three months.