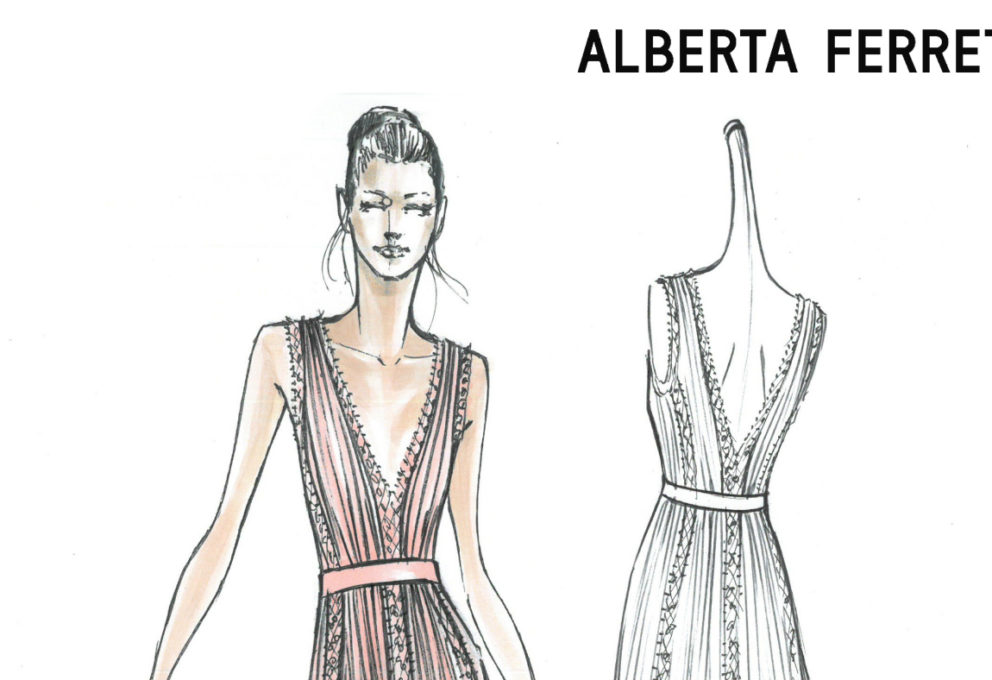 SOME HOURS BEFORE THE YES OF THE FUTURE BRIDES #FERRAGNEZ, ALBERTA FERRETTI ANNOUNCES THAT SHE WILL DRESS THE BRIDESMAIDS OF CHIARA FERRAGNI

The news is released with the count drops but slowly the scoop on the wedding of #Ferragnez are followed.
Just yesterday, in fact, we announced that the original designer of Tricase, Maria Grazia Chiuri, will sign Chiara Ferragni’s wedding dress.

If the influencer has chosen to dress Dior on the day of his wedding with his partner Federico Lucia, the same luxury clothes will be signed by Alberta Ferretti who will wear the six bridesmaids.

WHO WILL ACCOMPANY THE BRIDE THE NEXT 1st SEPTEMBER?

The sisters Valentina and Francesca, and the friends Michela Gombacci, Martina Maccherone, Pardis Zarei and Veronica Ferraro.
For the occasion they will wear a pleated dress in pink silk georgette with inlays in pizz, available in two versions: with a deep neckline and a sweetheart neckline.

The creations have been created in collaboration with Eco-Age, the association that promotes eco-sustainability linked to fashion.

“When I was asked by Chiara to design the dresses for her bridesmaids, I immediately accepted, thinking of a way to make this project even more special. Glamor and fashion are more and more attentive to the world around us and to worthy causes, such as eco-sustainability. With the creation of these eco-sustainable clothes we wanted to make such an event so multimedia and viral as the marriage of Chiara and Fedez the occasion to also communicate a message of ethical beauty, “said Alberta Ferretti.

Chiara Ferragni also commented on the news: “I am thrilled to know that Alberta is part of this important moment of my life. She was one of the first designers to believe in me, so I’m sure that having her dresses echoed for my bridesmaids can be a real good luck. ”

Over the years the designer has distinguished herself by being particularly sensitive to the care of the artistic and cultural heritage: in 1994, with a group of companies and the patronage of the Municipality and the Region, and promoted the titanic restoration of the medieval village of Montegridolfo , near his birthplace, on the border between Romagna and Marche.

Maxi store in Rome, via Condotti, for Bottega Veneta