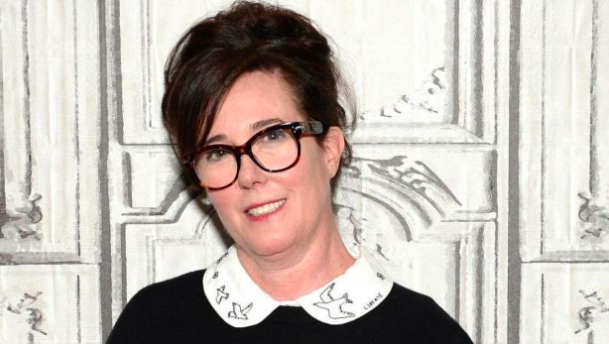 The designer, 55, had sold her brand in 2006 and in 2016 she was back on track with a new brand, Frances Valentine. On social networks the condolences of institutions and the business world.

The designer was found lifeless in her New York apartment on Park Avenue by a domestic worker. According to the police it would be suicide.

According to rumors he would have left a farewell note for her husband, Andy Spade, married in 1994 and with whom he had built his empire, and for his beloved daughter Frances Valentine, now a teenager, to follow which in 2006 he had decided to sell the company.

Born in 1962, Katherine Noel Brosnahan (the maiden name), originally from Missouri, began her career as a journalist, working for Mademoiselle magazine, right in the accessories section.

In New York he meets the future husband, actor brother and comedian David Spade, and together with him in 1993 he founded the Kate Spade New York label, starting from bags and accessories and gradually enlarging the business to clothing, jewelery, lingerie and perfumes , with the opening of a network of stores all over the world.

In 2006 Kate Spade sells the last shares of her brand, but returns to the field in 2016 with a new label, named after her daughter.

Last year the Kate Spade brand was acquired by Tapestry, a US group that also controls Coach and Stuart Weitzman, with an operation of 2.4 billion dollars.

On the Instagram profile of Kate Spade New York we read: «Kate Spade, the visionary founder of our brand, has left. At this heartbreaking moment our thoughts go to his family. We honor all the beauty that has brought into the world “. The post has so far received almost 500 thousand likes.

The social was chosen by the fashion establishment to express the shock and condolences for the designer’s death: among others, Saks Fifth Avenue published an archive of Spade, commenting: “We are deeply saddened by the sudden disappearance of Kate Spade. It was a talent that left an indelible mark on American fashion. ”

On Twitter, Chelsea Clilton wrote: “I am close to Kate’s family, friends and loved ones. My grandmother had given me her bag and I still have it. ”