Yes, they are back, but they are less sculpted and more elegant: retro icons

They are the symbol of a whole decade, often mocked and often misunderstood. But with the benefit of hindsight, all of the 1980s have been rehabilitated, including the mythical shoulder pads.

If you feared their return together with the reborn high waist, the oversized jackets, the acetate and the chunky shoes, know that it is already too late. Because on the catwalks of international fashion have been circulating for a couple of seasons already.

And contemporary aesthetics, a master in redesigning the 1980s and 1990s, is drawing great inspiration from it. 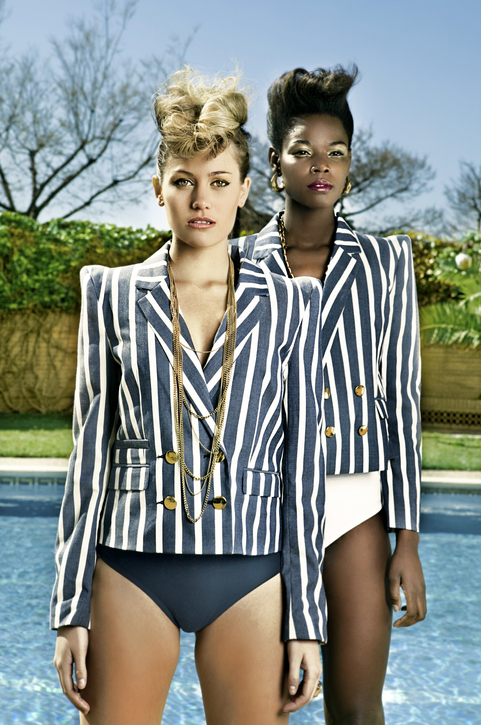 Indeed, padded shoulder straps do not come exactly from the 1980s. This decade has made them iconic, but previously they have marked an era: the 40s, when they were even slightly pointed.

Before that, it was the military world that used them. Aesthetically they give an imposing, gritty, almost robotic silhouette (a concept that was widely explored in the 1980s).

They were a symbol of empowerment, in a historical moment in which women took possession of many precluded spaces. They wore sweaters, blouses, evening dresses, but above all jackets and coats. And this is where, today, they are back.

Less accentuated than the retro ones, definitely softer and more elegant, but still signing and not at all prone to go unnoticed. Kaia Gerber, model, recently sent the fashion system into raptures wearing a micro-checkered jacket with shoulder pads with which she was incredibly reminiscent of her mother, who was an icon of the 80s and 90s, Cindy Crawford. Versace, Alberta Ferretti and Balmain have reported them on the catwalk (for which the rigid silhouette structure is a trademark). Still Gucci, Ermanno Scervino, Fendi, Saint Laurent.

A new empowerment characterizes our era, and here the padded shoulder straps act as a supporting structure for the outfits that embody it. Designers are not afraid to dare accentuating them beyond belief, but in everyday life it is the ‘soft’ version of power dressing that is truly up to date, with jackets with a sculpted but soft silhouette, because the key to the retro-style revisitation is also to smooth the sharper corners.

Have you already thought about the Matrix style jacket?