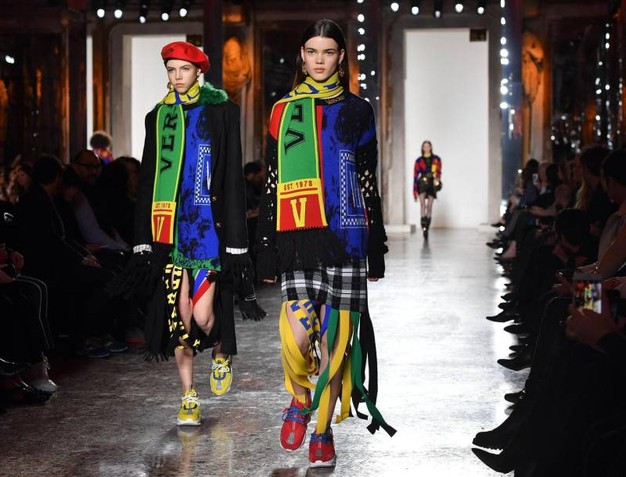 The Medusa house changed locations this season to the Palazzo Reale, the city’s former royal palace, and at the finale Donatella Versace took her bow with all the aplomb of a fashion queen.
An action-packed show; loaded with hipster commercial sportswear; acres of tartan, classic prints and a series of cool references to the key accessory of the current European season – the hijab.
It opened and closed with Natalia Vodianova, first in a Stasi spy coat in waxy ruby leather, perched on studded mules; later in a pop abstractionist frayed silk mini cocktail. Though the defining moment was a duet with catwalk stars Edie Campbell and Rianne van Rompaey, a blaze of color that include Big Cat leggings and body stockings, tribal techno skirts; black crew necks and lots of hair.

Like in her January show during the menswear season here there was a whole varsity theme, with college scarves, Argyle socks, and preppy tartan skirts, albeit cut for a naughty after hours party. Medusas everywhere – on chokers, earrings, buttons and bags.
Interspersed throughout, hijabs. Most memorably three saucy widows out on the prowl, all in black but with never ending legs; Jackie O sunglasses; and all three topped with black hijabs.
Donatella took her bow to decent applause, clearly at home in the Sala delle Cariatidi. It had been the location of a major welcoming lunch two days before for editors and executives in town for the season. They were there also to celebrate the opening of a major retrospective of fashion on the peninsula, entitled Italiana. 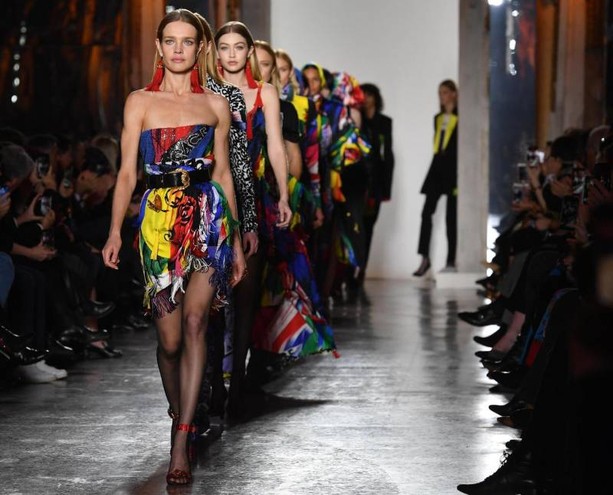 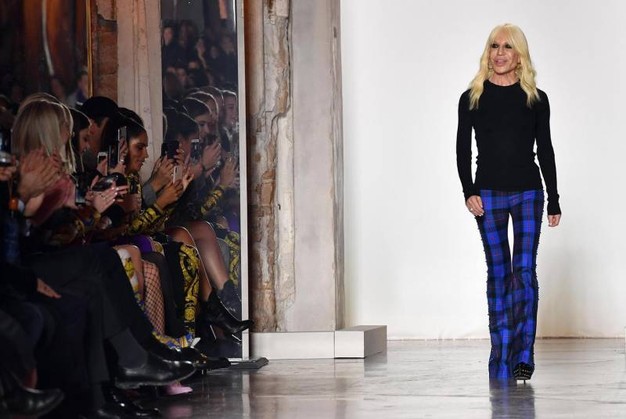 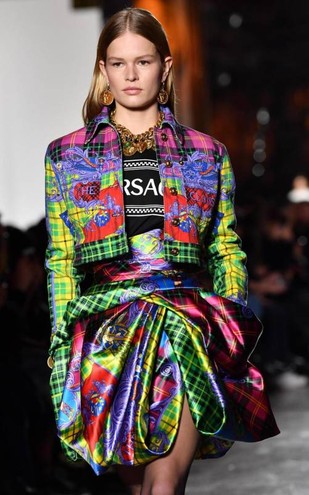 From cool girls of the woods to sensual city ladies, Dean and Dan Caten delivered a rich wardrobe incorporating the brand’s most iconic style codes