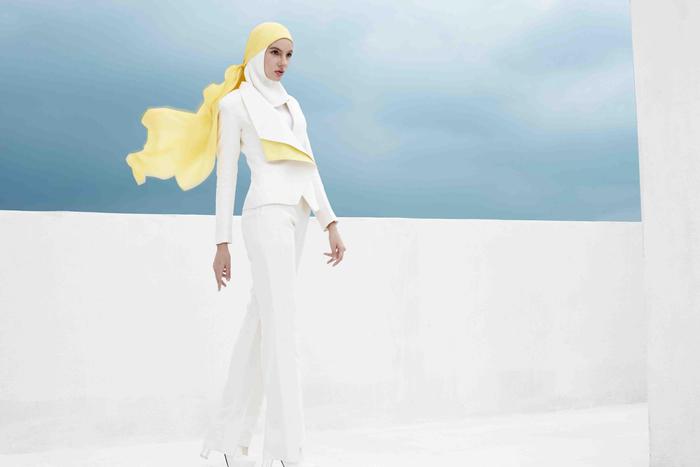 In San Francisco, first shows the evolution of the ‘pudic’ codes of dress

It is called the Contemporary Muslim Fashions and is a first and largest museum exhibition ever organized in Islamic female fashion, which explores the complex nature of the clothing of Muslim women and its current “pudic” dress codes. The exhibition examines how Muslim women – those who cover their heads and those who do not – have become style referees inside and outside their communities, and in doing so have attracted the attention of the mass media on contemporary Muslim life and the world of fashion that has also created special collections of ‘modest fashion’ (like Dolce & Gabbana for example).

The exhibition at the De Young Museum in San Francisco, organized by the Fine Arts Museums of the Californian city, from September 22nd to January 6th 2019, is curated by Jill D’Alessandro and Laura Camerlengo, with the advice of Reina Lewis, professor of studies at the London College of Fashion. The exhibition offers a cross-section of different religious interpretations of luxury, streetwear and haute couture.

They are exhibited sets of great fashion houses and well-known designers, western and oriental from Yves Saint Laurent to Faiza Bouguessa. Because Islam is a multicultural faith, the clothing of its practitioners is shaped not only by religious principles, but also by customs, local traditions and global fashion trends. The main galleries of the exhibition explore these developments all over the world through a regional survey, with the first section dedicated to Muslim majority countries in the Middle East, such as the Arab Emirates (Dubai), Saudi Arabia and Kuwait.

Among the designers present in this section there are also Chador and Fyunka. The rich textile and costume traditions of Southeast Asia, particularly Indonesia, influence the designs produced for the “pudic” Muslim fashion industry as evidenced by the use of luxurious fabrics, bright colors and complex cuts by designers like Itang Yunasz, Dian Pelangi and Bernard Chandran.

A selection of garments made by Muslims now living in the US and the UK, such as Céline Semaan, Slow Factory’s Vernon and Saiqa Majeed by Saiqa London, show how migration and relocation have shaped religious practices and dress codes. To explore the rise of Muslim consumerist culture, a section of the exhibition is dedicated to fast fashion with drawings by Sarah Elenany and Barjis Chohan.

Another section of the exhibition is dedicated to photography and includes images of Hengameh Golestan of female demonstrations in Iran in 1979, against the imposition of the veil. The exhibits are taken from private collections and there will also be pieces taken from the museum as Nike’s first professional sports hijab. Other works of art, such as the poster of Greater Than Fear by the American artist Shepard Fairey, which incorporates a woman with a veil of stars and stripes, show the power of fashion as a symbol of political protest.

“There are those who believe that there is no fashion among Muslim women, but the opposite is true, with modern, lively and extraordinary fashion communities, particularly in many Muslim-majority countries,” says Max Hollein, director and CEO of the Museums of Fine Arts in San Francisco.

The exhibition shows that in recent years there has been a greater awareness of Muslim consumers of an important segment of the global fashion industry.

All over the world, the “pudica” fashion weeks – in Italy in Turin – promote established and emerging designers within the Islamic community, in addition to the growing number of western and non-western designers who create styles that cover the body more . For many people dressing in a Muslim and fashionable style, it helps to promote a positive awareness of one’s own culture among contemporary anti-Muslim prejudices. They are in fact exposed different types of headgear, including the abaya, the burka, the headwrap, the hijab and the turban, along with more recent proposals and hybrid sportswear like the burkini.

Voices and narratives are told in videos of fashion shows, news, documentaries and photographs, as well as fashion and lifestyle magazines such as Ala, the first Turkish magazine on the Muslim lifestyle, Alef, luxury lifestyle magazine founded in Kuwait and Vogue Arabia, launched recently. 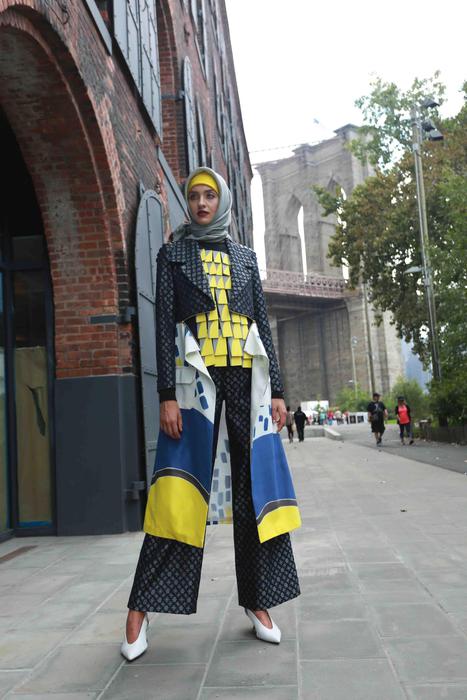 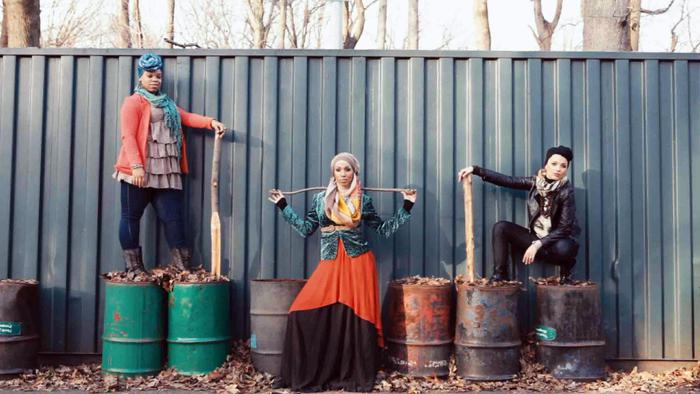 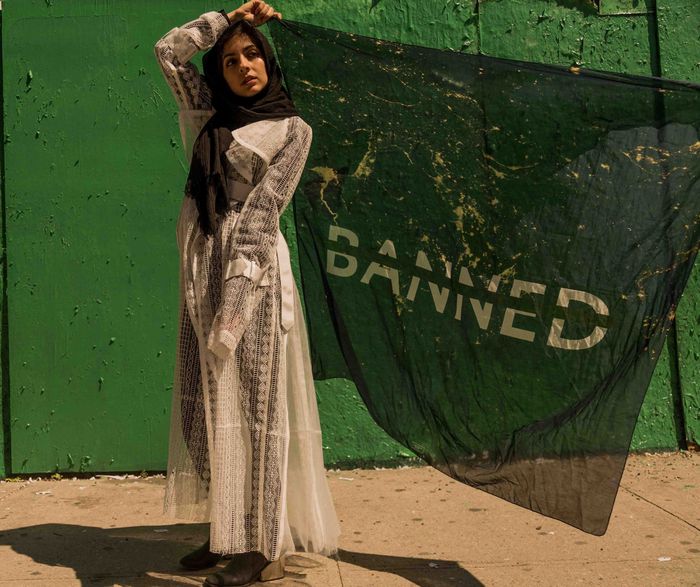 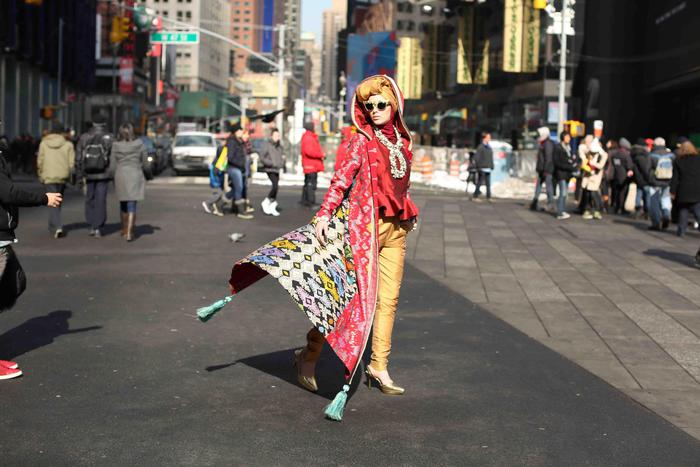 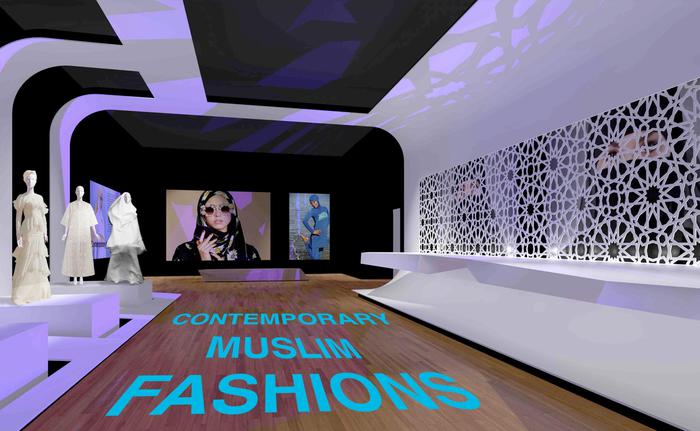 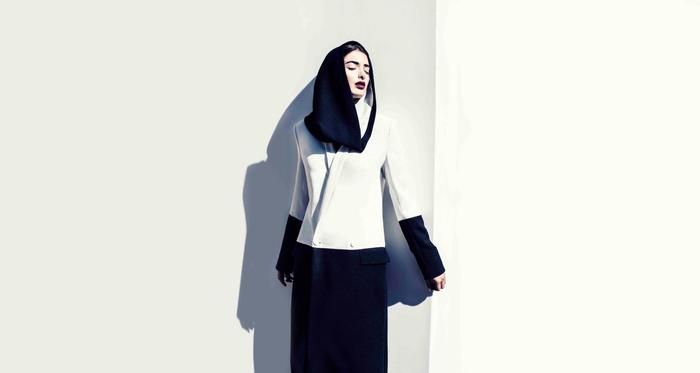 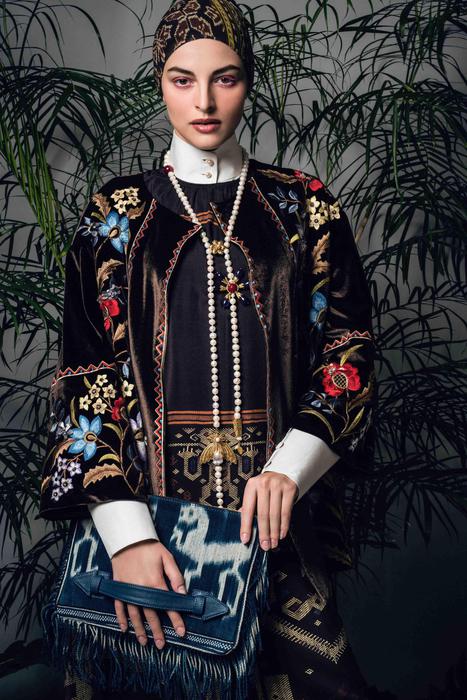 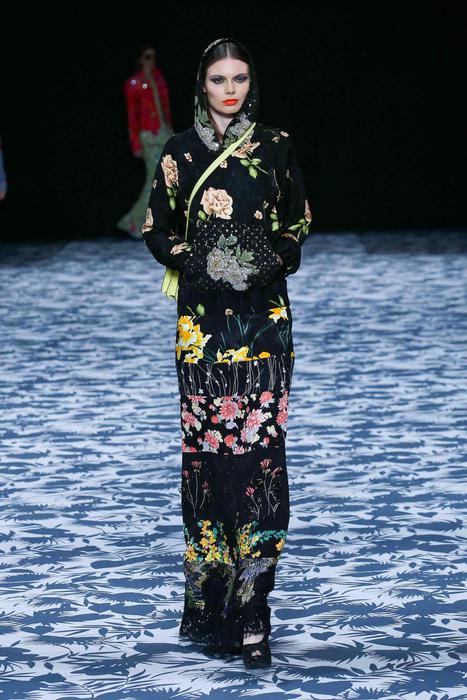 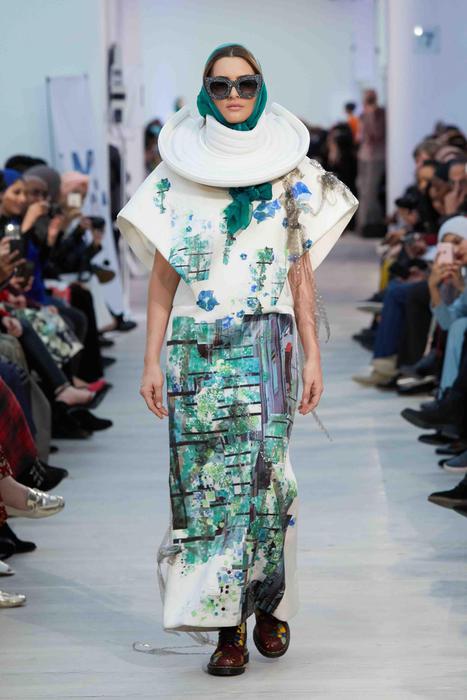 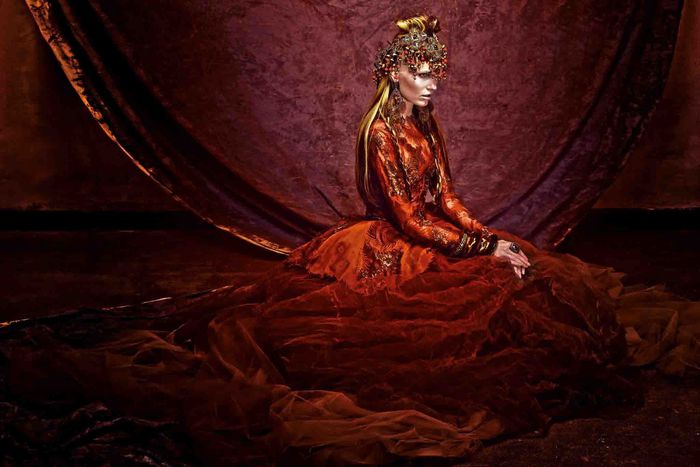 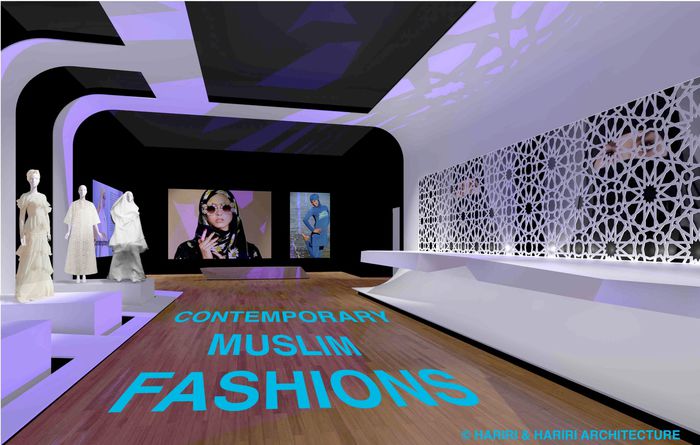 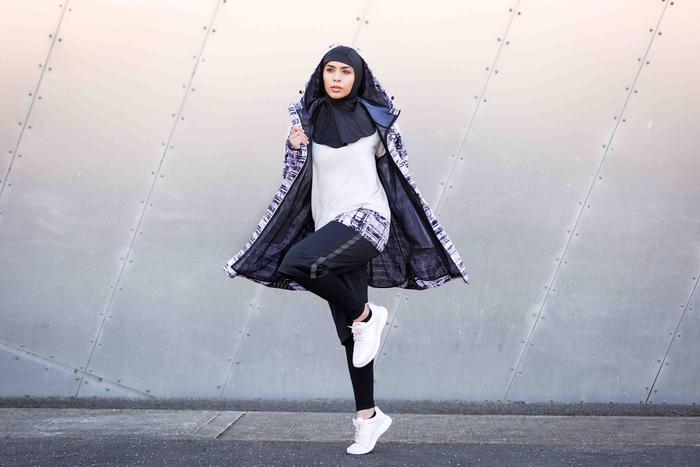 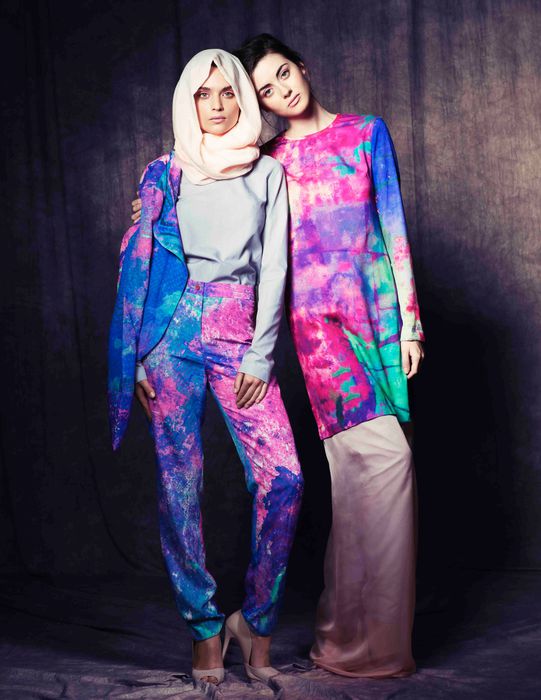 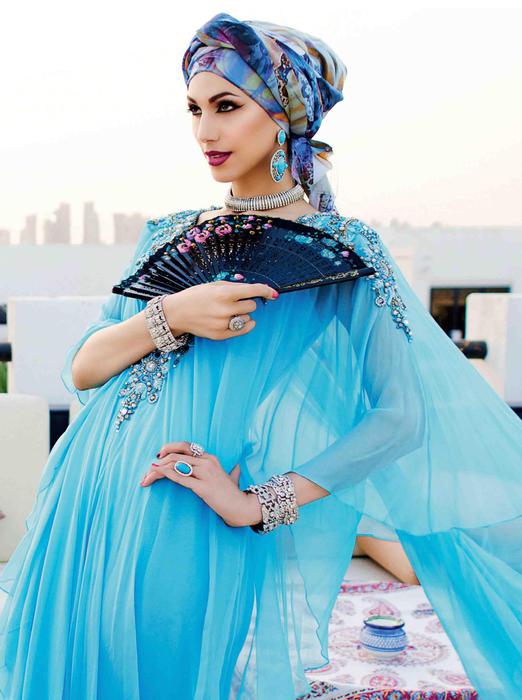 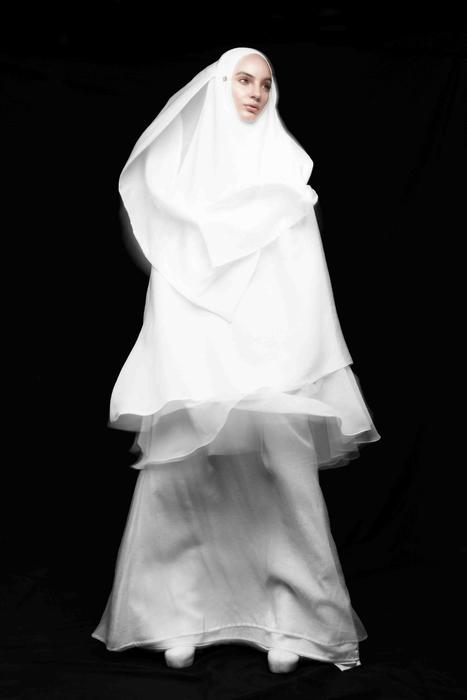 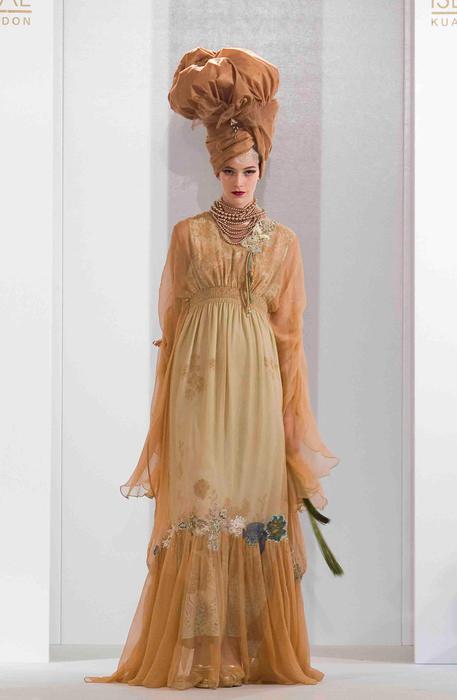 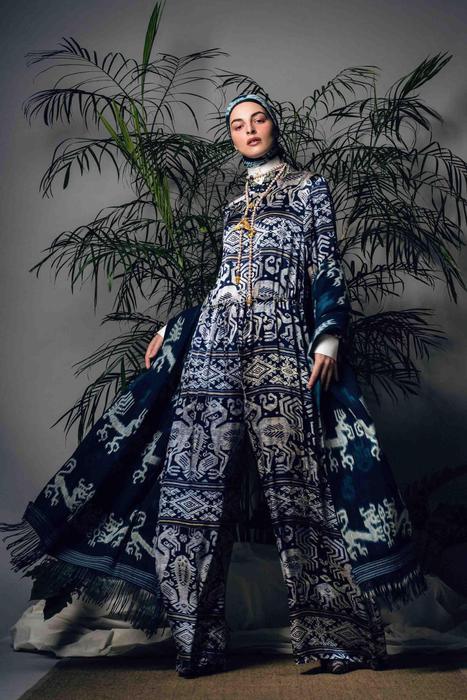