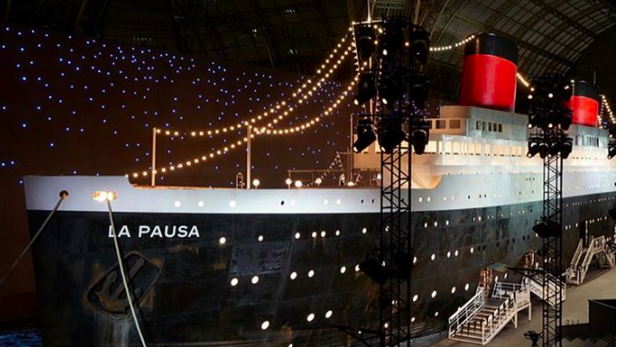 Chanel, the Cruise will parade in Bangkok

Chanel chooses Bangkok for the défilé on October 31st, while buying the Colomer Leather Group

Presented on May 3rd at the Grand Palais, with a spectacular transatlantic backdrop for the défilé (pictured) and a tribute to the marinière theme, the cruise collection by Chanel flies to Bangkok.

The rumors of the Rue Cambon have been confirmed by the rumors leaked immediately after the Paris show, with some more details: the cruise will star with a second show in the capital of Thailand on October 31st.

«Bangkok echoes Chanel’s vocation to project itself between heritage and modernity», the French label reiterated.

It remains to be discovered if on the banks of the Chao Phraya river the same sequence of outfits will be repeated, or if other looks will be revealed.
Meanwhile, news arrives from Spain, where the fashion house transalpina, through its subsidiary, has acquired 100% of the tanning reality Colomer Leather Group.

According to the local magazine Expansión, the president of the fashion and accessories division Bruno Pavlovsky would have already taken the responsibility of the company, which has a history of over two centuries.

More recently, the group has had to face a strong industrial restructuring process, with factories closing and firing, following the competition of countries with lower production costs.

Nike and Jacquemus star of the web on Lyst