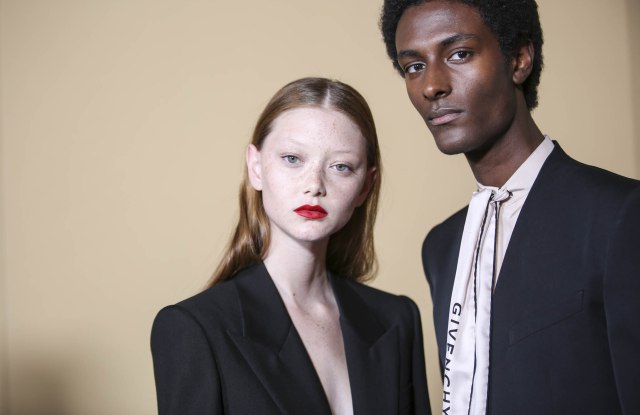 In addition to their shows at women’s Fashion Week in Paris, both Celine and Givenchy are joining the menswear calendar

For Givenchy, which had previously shown on the menswear schedule under Riccardo Tisci, it will be Clare Waight Keller’s first menswear-only show.

For Celine, it will mark the label’s first-ever menswear show, giving Hedi Slimane an opportunity to further expand on his men’s vision—menswear pieces in the Spring 2019 show were technically unisex.

The addition of Celine and Givenchy to the Paris schedule will bring added buzz to the already buzzed-about week.