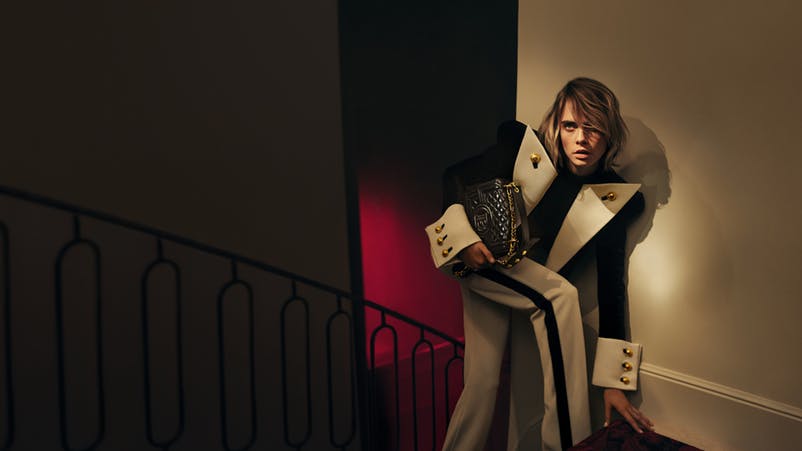 Debut as Balmain bag designer for the British model

Nobody can better embody the “troublemaker”, Balmain‘s FW19 theme, more than Cara Delevigne, and this is one of the reasons why Olivier Rousteing wanted her at his side to create the 3 icons bags of the season.

Amica and muse, Cara, worked closely with the designer to design 3 it-bags that perfectly matched her style and at the same time were in harmony with Balmain‘s Fall Winter 2019.

In addition to being a designer, the model is also the protagonist of the campaign shot by Sonia Szoztak, that’s what Olivier says about it:

“Obviously, the video had to focus on Cara – he explained – and not just because he collaborated as a designer for the creation of the bags. Cara is the star of the campaign because it is clear to everyone how much she is the perfect incarnation of Balmain‘s rebellious girl – a girl combines trouble but very sure of herself with a vigorous and new spirit of rebellion. “Cara reflects that strong and confident attitude of the women of my generation, women who are not content just to repel – in fact, they enjoy pushing forward ( while making sure to push every single key along the way.) This is Cara’s first collaboration with the brand and her second campaign with Balmain this year – and I am sure we still have many adventures ahead of us together! “