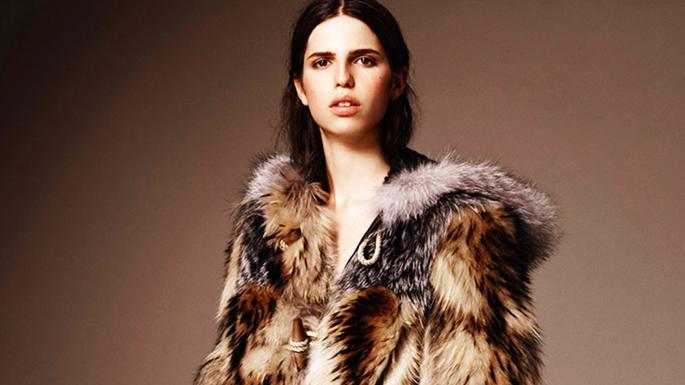 For Burberry, the catwalk is to become fur-free — and all its other clothes may soon follow as it becomes the latest high-fashion firm yielding to pressure from animal rights campaigners

The company has confirmed furs were banned from its recent runway collections and that it is “reviewing” all other fur products, with a view to ending their use.

“On the limited occasions . . . fur has been considered important to design, we have insisted that it is sourced from authorised, regularly inspected suppliers operating to high ethical standards,” it said. “There wasn’t any real fur in Burberry’s September 2017 or February 2018 runway collections.”

Such a move would make Burberry the latest in a string of global fashion firms to abandon fur, such as Versace.

Others including high-fashion label Gucci and Net-a-Porter, the online fashion retailer, have already banned fur, following a trend set long ago by Stella McCartney.

Pressure has been growing on fashion firms, not only from animal activists but also from ordinary consumers, and designers themselves are increasingly seeing fur as morally dubious.

In March, Donatella Versace, the chief designer at Versace — once renowned for its lavish use of fur — told The Economist’s 1843 magazine: “I don’t want to kill animals to make fashion.”

Burberry’s spring 2017 collection featured coats made from Arctic fox and Asiatic raccoon dog furs, and its online store currently advertises a £1,395 cashmere trench coat with a collar made of Arctic fox fur imported from Finland; a £2,195 parka with a hood lined with an Asiatic raccoon dog pelt; and a range of fur-trimmed puffer jackets.

Burberry said its furs were ethically sourced: “We use rabbit, mink, fox and Asiatic raccoon [dog] from farms . . . which adhere to EU laws and our responsible sourcing policy.”

Claire Bass, of Humane Society International’s UK office, said: “The fur trade’s so-called welfare schemes are a meaningless marketing veneer. Animals on fur farms are kept in tiny wire cages, driven insane with boredom, only to be gassed or anally electrocuted before being skinned. Burberry is wise to review its use of fur and we hope it reaches the same conclusion as Gucci, Michael Kors, DKNY and Versace, that fur has no future in fashion.”

Fur farming was banned in the UK in 2000, but since then £650m worth of fur has been imported. Many pelts come from the EU, which has more than 5,000 fur farms across 22 countries and produces 44m pelts a year, mostly mink but also Arctic fox and Asiatic raccoon dog.

Burberry said its fur review was not linked to the recent arrival of new chief executive Marco Gobbetti, who replaced Christopher Bailey, nor to the appointment of Riccardo Tisci as chief creative officer, a post also held by Bailey. Tisci used fur in his previous menswear collections for Givenchy.

More and more fashion in our SHOP, follow US to stay tuned!