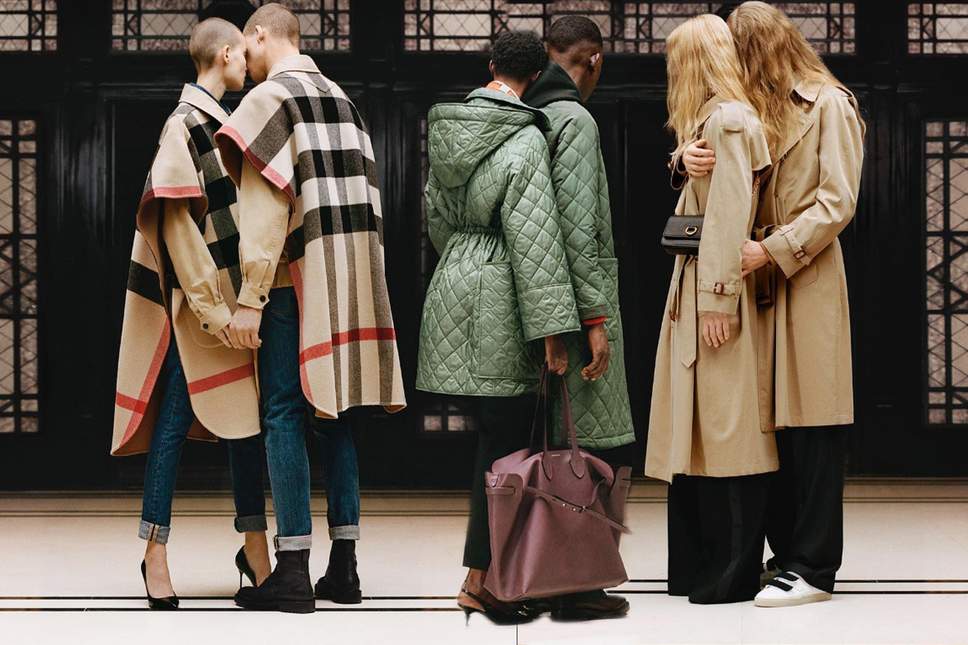 The stock rises to the London Stock Exchange despite the slight decline in the third quarter (-1%). “The wait is growing ahead of the launch of Riccardo Tisci’s collection,” declared CEO  Gobbetti

Burberry does not shine in the third quarter, but confirms the trend, already expressed in the first six months of the year, of the desire to shop within domestic borders, by Asian consumers. In the 13 weeks to last December 29th, the British fashion house recorded revenues of 711 million pounds (about 812.3 million euros), down 1% at current exchange rates, but a slight 1% increase at parity of perimeter. The like-for-like data missed the consensus estimates Thomson Reuters, which estimated a jump of 2 percentage points.

In the official note accompanying the accounts, Burberry highlighted the positive performance of Asia-Pacific, with continental China growing mid-single digit. “Small improvement”, for the EMEA area, where tourists shopping has grown, while the Americas, where the distribution of Burberry, Reuters specifies, is mostly wholesale, have accused the lower turnout in high-end retailers.

In the morning the Burberry title opened at -1.5 percent. To influence the skepticism of analysts, in addition to the dowgrade by Berenberg (which at the beginning of the month cut the judgment on the actions of the brand from “buy” to “hold”, fearing for the impact of the war of China-US tariffs ) is the data on the slowdown in Chinese GDP (+ 6.6% in 2018 brings the country back to its lowest level since 1990). The high-spending consumers of the Ex Celestial Empire generate, in fact, a large part of the sales of Burberry.

Probably, the satisfaction of management (which confirmed the outlook), and the underlining of holding results in China, then helped the title to recover at the end of the morning.

Rogerio Fujimori, an analyst with the Royal Bank of Canada, also said it was too early to say whether Burberry‘s recovery was actually achieved. The first real test, in fact, will be with the landing of the first complete collection by Riccardo Tisci, in stores from next month.

“The product in the stores – said Fujimori – is part of the old collection. The new proposals have not arrived yet so we are going to see. There is a lot of buzz around this new high-profile creative director, but there are also other brands that are generating expectations today. Basically, for all these players, it is a game of market shares in a sector that is growing more slowly than in previous years “.

For his part, Burberry CEO Marco Gobbetti said he was satisfied with the new positioning, the fashion house is reaching. “I am pleased with the progress made in the quarter – stated Gobbetti – as we continue to strengthen the brand’s interest, with a new creative vision, and shift the perception of the Burberry consumer.

The expectation is growing in view of the launch, next month, of Riccardo’s debut collection. Business strategies will still go in the direction of repositioning the brand. For the entire year, we confirm the outlook “.