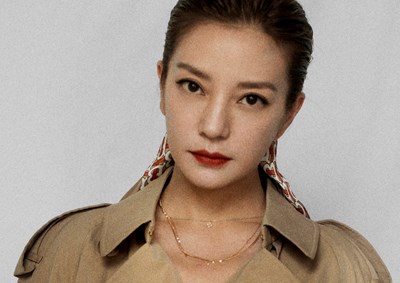 Zhao Wei, protagonist of the Burberry campaign for the Chinese new year

Burberry is ready to shine again on social media. And on the web. The British brand has announced the upcoming release, scheduled for January 3, of the campaign for the Chinese new year, revealing the cast: the actresses will be Zhao Wei and Zhou Dongyu the protagonists of the direct adv and shot by the photographer Ethan James Green.

New online luster for the brand captained by the creative Riccardo Tisci, who with his name and his character alone contributed 50% of the brand’s engagement during the last spring-summer 2019 fashion shows.

Of the global Miv-Media impact value (algorithm owned by Launchmetrics that measures the impact of media placements detected on all online, social and print channels) generated by Burberry during the London fashion week, 4% arrived in fact from the post made from the Italian creative, 42% from posts and articles that mention Tisci and 54% from other posts and media that talk about the fashion house. In addition to Tisci, they also increased the views and the popularity of the brand, including co-lab and limited edition.

Since the creation of the creator in the British fashion house, the brand has worked on numerous projects, including the partnership with the designer Vivienne Westwood, which was also attended by Andreas Kronthaler.

The trio, which supported the non-profit organization Cool Earth, has enlisted an entourage of stars for the advertising campaign, including photographer David Sims and supermodel Kate Moss.

As for the limited editions, the B Series project, a series of monthly releases of products designed by Tisci, has now become viral, which has recently unveiled its fourth release.

So it could not miss a media launch on the occasion of the new Chinese year that will kick off the year of the pig, for many already animal-must of 2019.

Among them also appears Gucci, for which the creative director Alessandro Michele has brought on the catwalk, with the next spring-summer, broches depicting winged pigs, in various shades of pink.

Jennifer Lopez, at 49, a sexy icon with Valentino’s dress