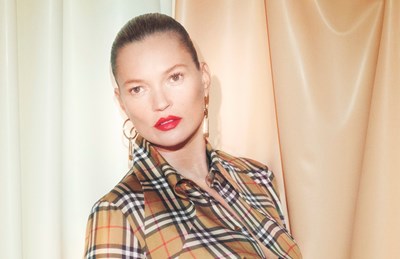 Burberry, Kate Moss is the face of the Tisci-Westwood co-lab

The collection, the result of collaboration between the English designer and the well-known brand, celebrates British heritage

A very exclusive cast was chosen for the campaign: in addition to the top model, Sistren, Leonard Emmanuel, LadyFag, Josh Quinton, Andy Bradin, DelaRosa, Claudia Lavender, Marco Motta, Sashadavai and Jacob Shifrin, together with Westwood and Kronthaler, posed for the shots.

The collection celebrates the British style and heritage and is inspired by the historical collections of Vivienne Westwood, which adopt a unisex approach for all styles.

The iconic models of the British designer, classic double-breasted jackets, a men’s jacket, a mini-kilt and a beret, are all reinvented in Burberry’s vintage check.

Another positive note of the collaboration is the support given to Cool Earth, a non-profit organization based in the United Kingdom that works with rainforest communities to stop deforestation and climate change.