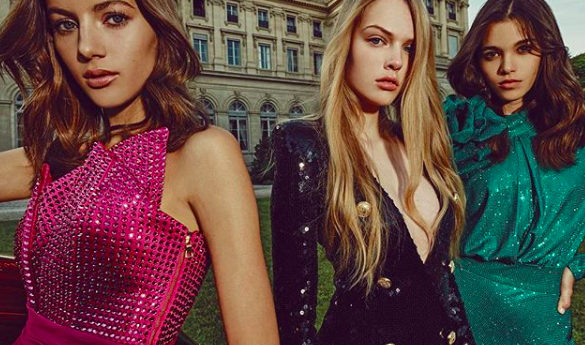 In fact, at the Wwd Retail & Apparel CEO Summit, in fact, the creative director of the label, Olivier Rousteing, has announced the intention to return to the French high fashion catwalks as early as next January.

The last Balmain haute couture show dates back to 2002, when Oscar de la Renta was at the helm of the fashion house.

For his part, Rousteing gave a taste of haute couture last January, when he presented, in the French capital, a line of 15 evening dresses entitled 44 rue François 1er, a name that incorporates the historic address of the house of fashion.

“According to a spokesman for the brand – reads Mffashion -, taken in June 2016 by the Mayhoola for investments fund, supported by the royal family of Qatar, the défilé that will confirm the return to couture will be set up inside the new flagship 750 square meters at 374 rue du Faubourg St Honoré, one of the main arteries of Paris, but the date is yet to be confirmed “.

To date, explains Wwd, ready-to-wear is the driving force of Balmain’s sales, with an incidence of 80 percent.

For the brand there are therefore possibilities for development not only in the narrow niche of haute couture, but also in areas such as accessories and beauty.