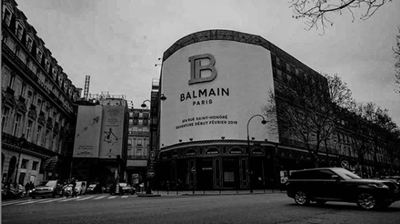 The maison of Mayhoola for investments will open a shop in February at 374 rue Saint-Honoré, as announced by creative director Olivier Rousteing on his Instagram profile

Balmain prepares to disembark in the rue de Saint-Honoré. With a series of posts on his personal Instagram profile, the creative director of the French maison controlled by the Mayhoola for investments fund, Olivier Rousteing, announced the work in progress at 374 of the famous Parisian street.

The opening of the new boutique in the heart of the Ville Lumière, scheduled for next month, was anticipated with a large white billboard affixed to the facade of the building, adorned with a large B with a mirror surface, the logo of the fashion house.

Among the latest retail operations, the brand has recently strengthened its ties with the US market through the inauguration of the first store in Las Vegas within the Wynn Plaza shopping center.