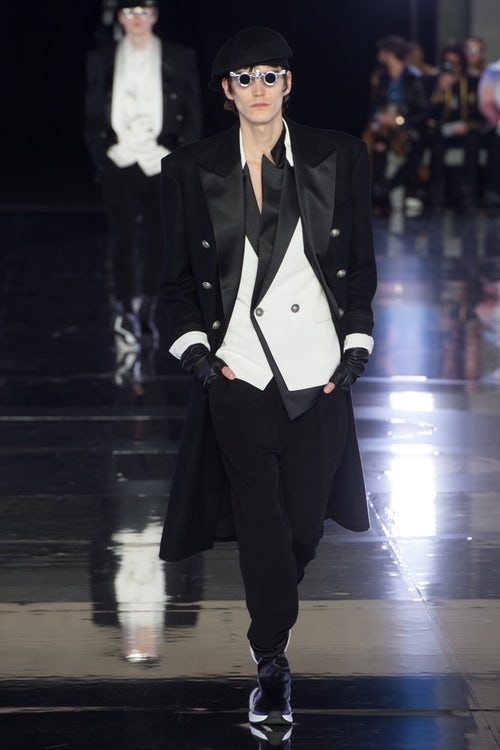 Olivier Rousteing turned down the glitz for a largely monochromatic collection that was coherent, authentic and raised a comment on the hate that can fester in the digital world

Let’s start from the finale. There is a specific choreography to the end of every Balmain show. Creative director Olivier Rousteing walks the catwalk alone, reaches the end, turns and stops. At that exact moment, the whole squad of models floods the stage, flying towards him. It’s quite a striking scene: one that speaks to leadership, sense of belonging, camaraderie, shared ideals. That’s exactly what Rousteing has built his incarnation of Balmain on: inclusive messaging that meets exclusive clothing. 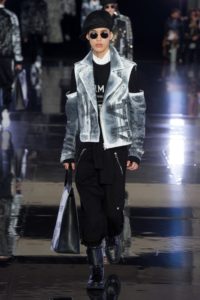 There is a conundrum in his five-star rebellion of course, but that’s what fashion is often about: beautiful contradictions. This said, Rousteing’s form of rebellion is peculiar. In addressing relevant social themes, like the hatefulness of the digital wold — which was mentioned Friday in the show notes — he keeps returning to a personal aesthetic eldorado: the excess, pomp and circumstances of the 80s and roundabouts. 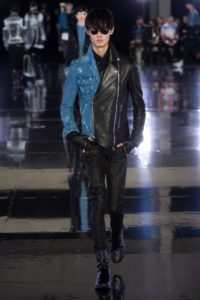 This time, however, the glitz was toned down a lot. In fact, the collection was practically monochromatic; a totally un-sparkly, early 90s-inflected sequence of black and white for strong-shouldered tailoring, tweed jackets à la Coco Chanel and pants, plus caps and metal goggles. A bit Curiosity Killed the Cat, if you ask me, with trademark Balmain panache. It was all very coherent and certainly authentic. In his own bubble, Rousteing is king.

Givenchy in London: the new boutique is in New Bond Street

Cavalli among skyscrapers in Dubai and lifestyle