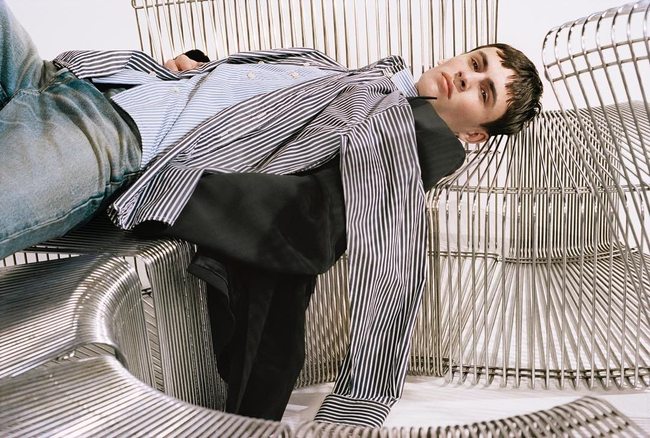 Men and Millennials are the main engines of the sales explosion of Balenciaga, which is experiencing the fastest growth of the Kering group since it became a fashionable brand

Millennials (or Generation Y, boys born in the ’80s and’ 90s) fuel the growth of all luxury products sectors, accounting for about a third of total sales (that’s why brands are doing so much to attract their attention).

Men’s fashion, on the other hand, has never been as profitable as prêt-à-porter and women’s accessories, but the emphasis placed by several brands on a more casual offer combined with the development of online sales is beginning to stimulate growth of this category historically in contraction.

“Millennials account for 60% of our sales. Together with men’s fashion, it is the fastest-growing customer segment, “said Cédric Charbit, CEO of Balenciaga, during a press conference in Venice.

The brand with more than 100 years of history, once known for the high fashion sculptural clothes created by its founder, Cristóbal Balenciaga, does not communicate its useful data, but Francois-Henri Pinault, owner of the Kering group, claims that its annual sales will reach € 1 billion over the medium term, considering all the categories of products (clothing, shoes and bags) combined.

Still in the shadow of his elder brother Gucci, who generated revenues of 6.2 billion euros in 2017, Balenciaga is however experiencing the most intense growth of the French group for the past two years, surpassing the progression of 49% of comparable sales registered by the Italian brand in the first quarter.

Under the direction of Georgian designer Demna Gvasalia, hired in 2015, Balenciaga has moved towards a very particular streetwear style, overloaded with logos, while continuing to experiment on the ground textures of the textures and volumes to create a futuristic and avant-garde silhouette .

According to Cédric Charbit, Balenciaga is growing very fast, with percentages sometimes exceeding 100% in some sectors – and in all categories, from handbags to prêt-à-porter, through its famous “Triple S” sneaker model, sold at more than 700 euros.

“There is not a dinner where I’m invited in which a family man does not tell me” stop selling those shoes, it has become uncontrollable, we are spending too much money from Balenciaga “, which makes me very happy”, confesses Cédric Charbit.

The brand particularly attracts male customers, especially as spending on luxury goods, especially on the part of Chinese consumers, shows a remarkable recovery. Some rivals, such as Louis Vuitton (from the LVMH group), have recently changed their artistic directors of men’s ready-to-wear.

The financial director of Kering, Jean-Marc Duplaix, announced in April that Balenciaga will expand its activities in menswear, without giving further details.

Fashion trends: fuchsia will be the color of winter