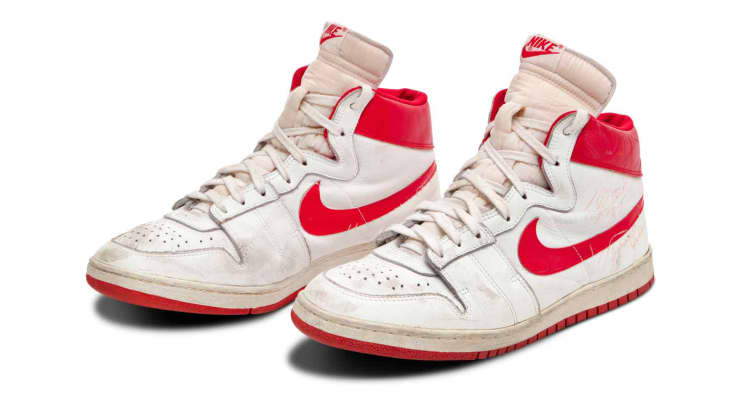 Auction at Sotheby’s: Jordan’s first Nike are worth 1 million

Sotheby’s will put Michael Jordan’s white and red Nike Air ships up for auction on Sunday 24 October, they are the first sneakers worn in a professional match by the US champion. The sneakers should be sold according to estimates from 860,000 euros to 1.29 million euros, marking the absolute highest estimate for a pair of sneakers ever sold at auction. The current record for a pair of sneakers sold at auction is $ 615,000, made in August 2020. The pair was worn by Jordan in the friendly match on August 25, 1985 in Trieste. The auction house Christie’s, with this sale, broke the previous record of Sotheby’s, established shortly before following the success of the successful docuseries “The Last Dance”, Sotheby’s managed to sell a pair of autographed Air Jordan 1s for a record amount of 560 thousand dollars. The most expensive sneakers sold by an auction house were Kanye West’s Nike Air Yeezy 1 prototypes worn at the 2008 Grammys, bought for 1.8 million dollars.

Contemporary gentleman: the dress tells about you.