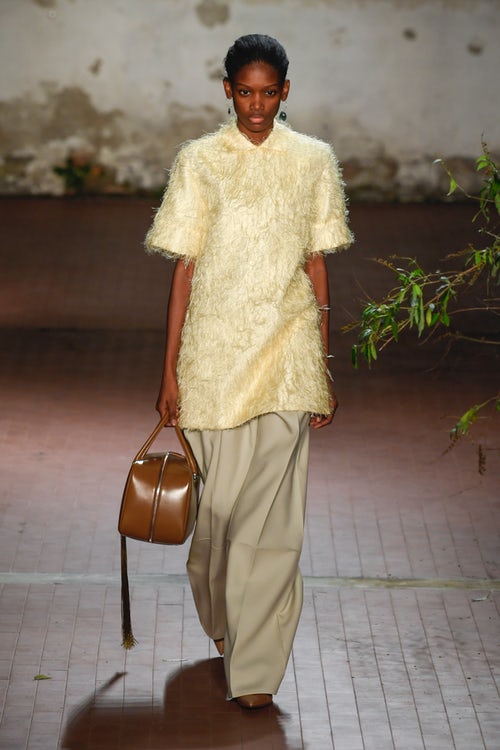 Luke and Lucie Meier delivered their best collection so far

“Femininity.” This was the word of the season that Lucie Meier whispered backstage at Jil Sander today in her charming softly spoken way. As she uttered the statement, she looked immediately into Luke Meier’s eyes, smiling gently. The connection between the two is palpable — not just as husband and wife , but also as a working couple — and reverberates throughout their work. 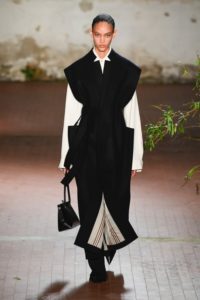 There is sharpness and precision on the one hand, and a certain sturdy delicacy on the other; combining the two are soulful touches of craft, and nods to the domestic (see: mattress stripes and cozy duvets). And now, there are cerebral zings of the womanly. 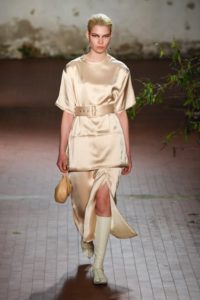 The Meiers are very focused. They set their own Jil Sander template early and return to it with every collection. Season after season, slightly monastic dresses and uniforms, djellaba-like shirts, psychedelic patterned knits are featured.

It happened again with this show, but there was also a new interest in sensuality, and not just because of the sinuous silhouettes and hourglass shapes.

There was a pervasive lightness and freshness: one that made loose shapes that barely touched the body feel seductive. Marrying control and abandon, rigor and ease is a delicate alchemy. Luke and Lucie Meier handle it beautifully, and this collection, probably their best so far, offered proof.