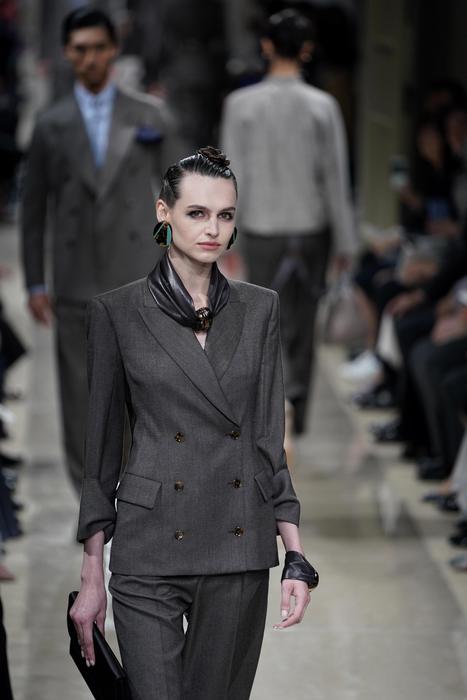 Renewal of Ginza Tower and new awards for the designer

The preview launch of the Giorgio Armani Cruise collections for men and women in 2020 and the renewal of the Ginza Tower in Tokyo, highlighting the particular affinity of the Milanese designer with the Japanese world, primarily cultural, twelve years after the last visit to Japan .

At the fashion show organized at the Tokyo National Museum – the largest and oldest in the capital, with a vast collection of ancient Japanese and Asian art, there were prestigious local and international guests.

“I am very happy to return to Tokyo. It is an extraordinary and evocative city, where the new coexists with the ancient, without there being any contradiction,” said Giorgio Armani. “It is a place that fascinates me a lot for its modernity and for its pulsating life, the perfect place to present my new collections”. 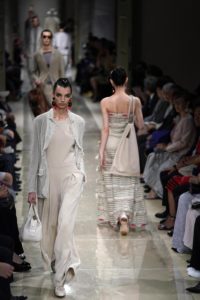 The reopening of the renewed Ginza Tower, inaugurated in 2007 and become one of the main architectural landmarks in the area, with a total surface area of ​​approximately 6 thousand square meters spread over 11 floors, confirms the solid link between Armani and Japan, the country where the designer says he has often been inspired by his work.

On the occasion of his presence in Tokyo, Armani received a special recognition from the Japan Department Stores Association for the thirty-year relationship that links the company to the Association, and for having contributed to its growth in the Rising Sun market.

Separately, a student delegation met the stylist for the delivery of a letter of appreciation for the support offered to the Unesco Association Scholarship for 3.11 Disaster Stricken Children and Students, the program dedicated to children whose families had been most affected by the earthquake and the 2011 tsunami.

The Group is one of the leading fashion companies in the world with around 7620 employees. It is currently present in Japan with over 770 employees and has 90 owned stores, of which 34 are in the city of Tokyo.

Vicenzaoro in attendance from 10 to 14 September

Shoes, here the most elegant models for spring/summer

Fashion world turns to the production of masks and disinfectant gel

Walking around Upper East Side with Michael Kors