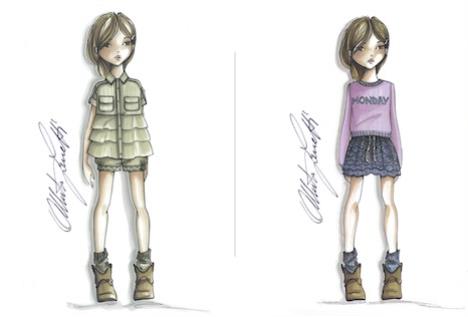 “In such an intense and positive moment of growth and new projects for my brand”, commented Alberta Ferretti, “the launch of the children’s line is a further stimulus for creativity”.

The new collection, dedicated to girls between the ages of zero and 12, will be produced and distributed by the Apulian company, among the leaders in the clothing sector for children with a brand name such as MSGM Kids, Diadora Kids, Fred Mello Kids and Neil’s childrenswear Barrett.

“Alberta Ferretti – said Dario Daddato, co-founder of Manifatture Daddato – has always been a fundamental business objective to consolidate our presence in the luxury kid market. This is why today we are extremely happy to have reached this agreement “.

The new project by Alberta Ferretti – a brand in the orbit of the Aeffe Group – will be officially presented at Pitti Bimbo, on the agenda from 21 to 23 June, and will debut on the market with the spring-summer 2019.