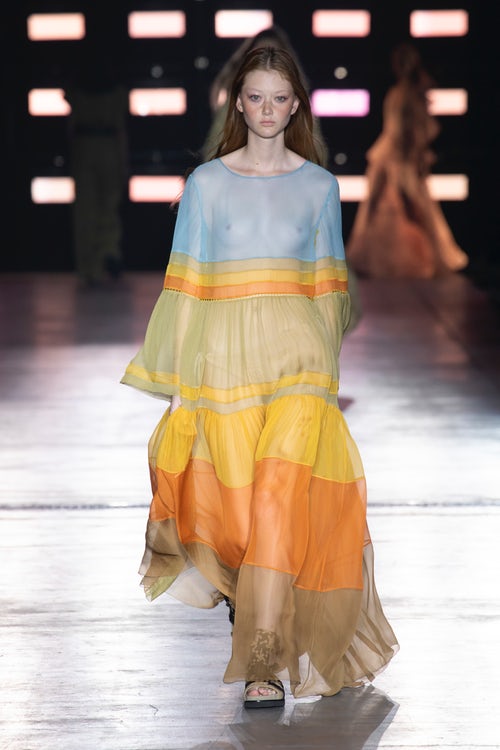 The mix of trademark floaty dresses and 80s-inflected banana-shaped slacks, sangallo tops and oversized jean jackets was perhaps a season too late, but it felt fresh and feisty enough

Fashion is about change and Alberta Ferretti loves change.

After a few seasons of presenting in the historical Rotonda della Besana, today the designer opted for the industrial mondernity of a rather impersonal hangar in Porta Nuova, one of Milan’s newest neighborhoods.

It made for a stark contrast with a collection that was based on Ferretti’s take on romanticism.

The vibe was decidedly younger than usual, however. A bit too much perhaps, and too close aesthetically to Philosophy, the contemporary brand also owned by Aeffe.

Yet, it made for an interesting offering: a mix of Ferretti’s trademark floaty dresses and 1980s-inflected banana-shaped slacks, sangallo tops and oversized jean jackets.

It was Ferretti’s way of acknowledging the times — maybe a season too late.

Yet it felt fresh and feisty, which is sometimes enough. 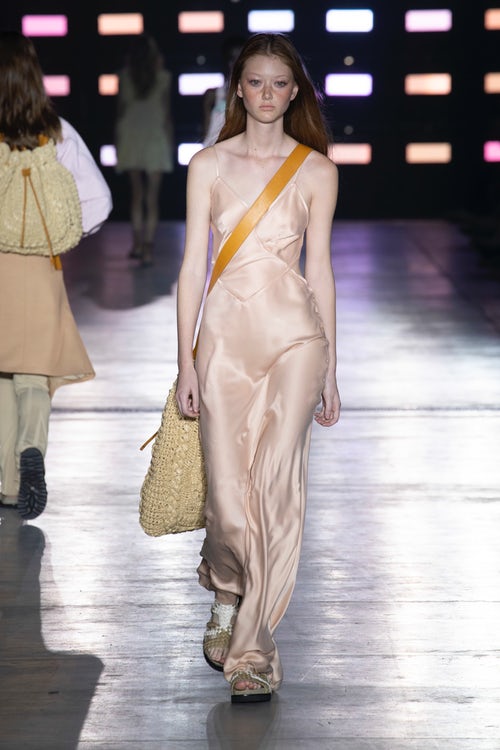 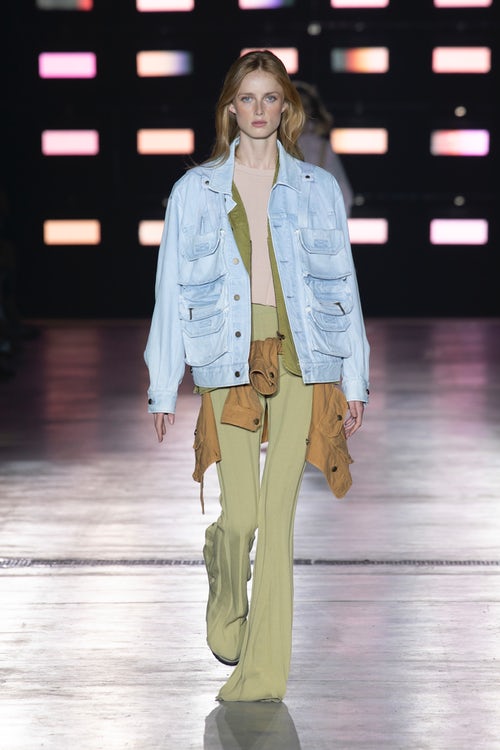 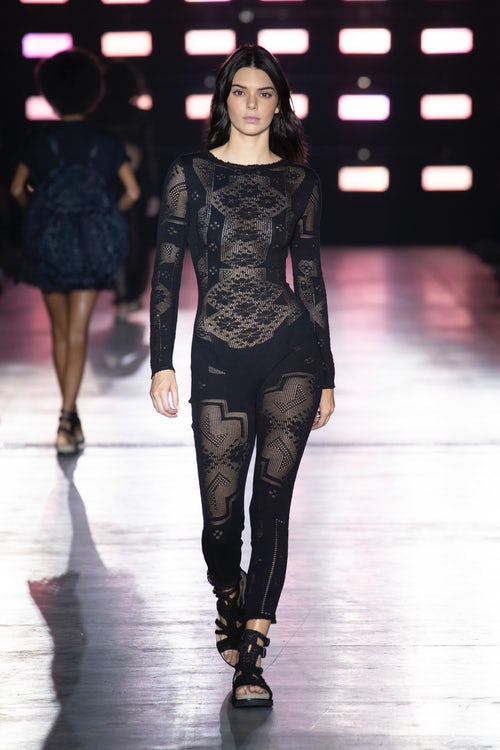 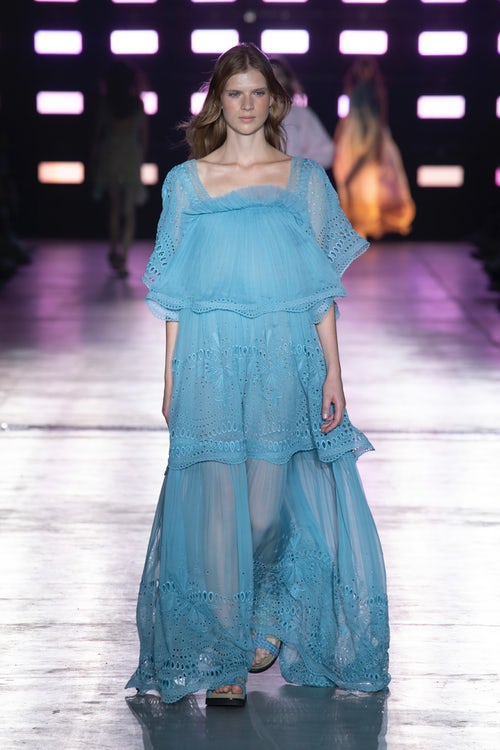 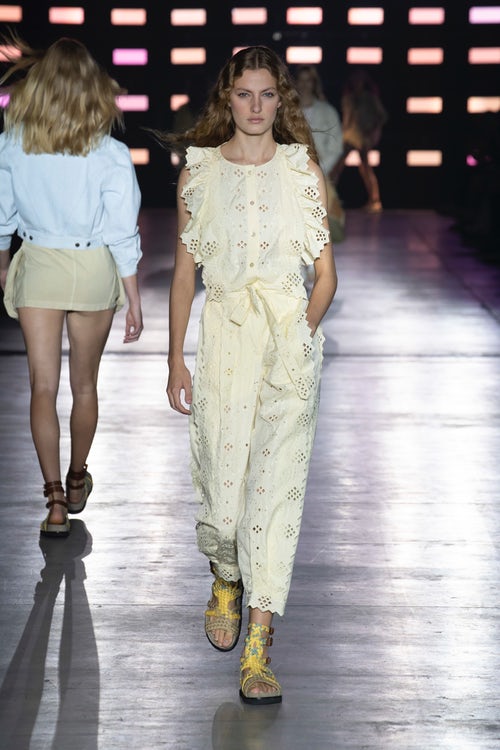 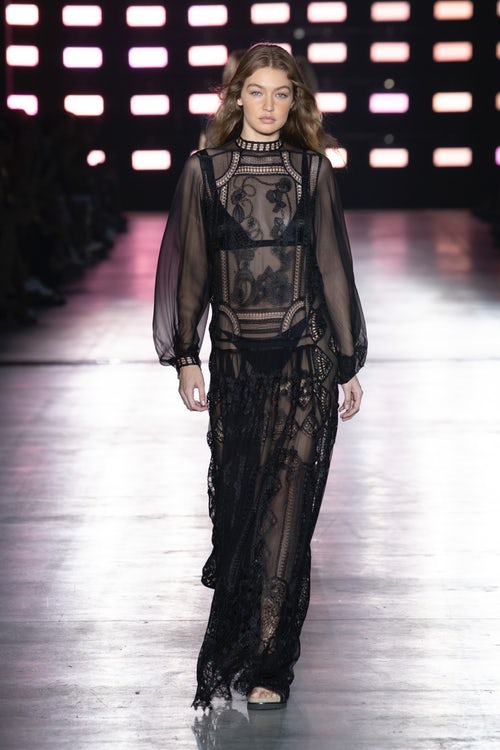 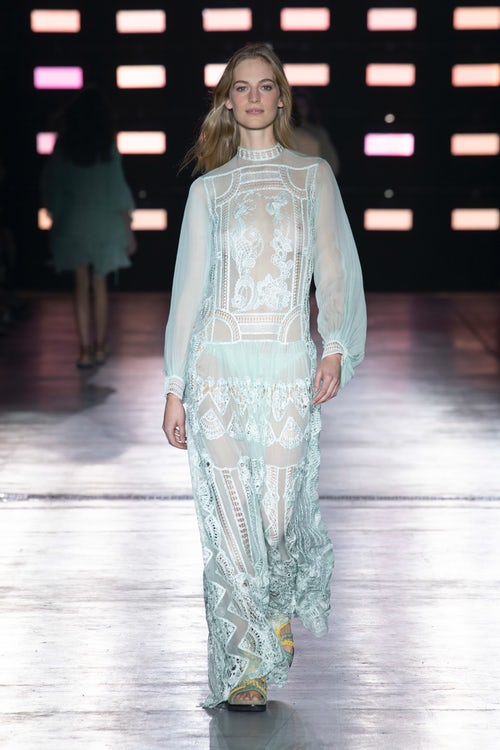 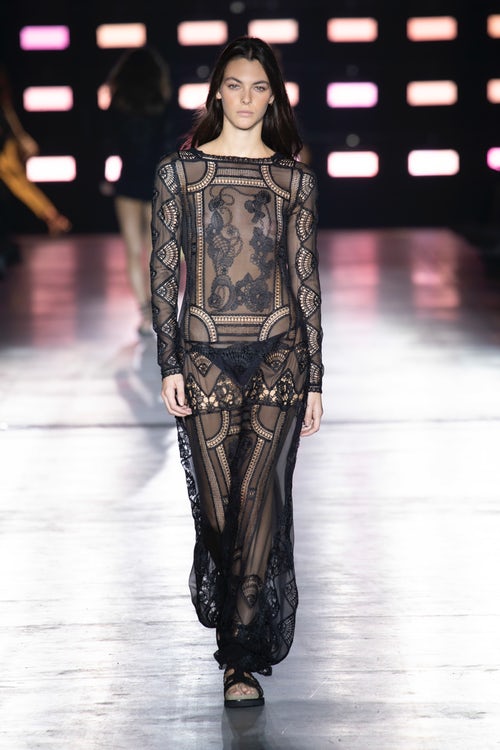 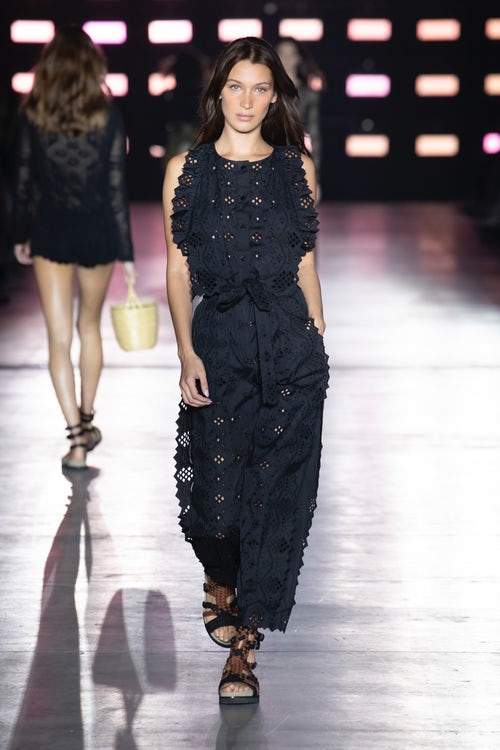 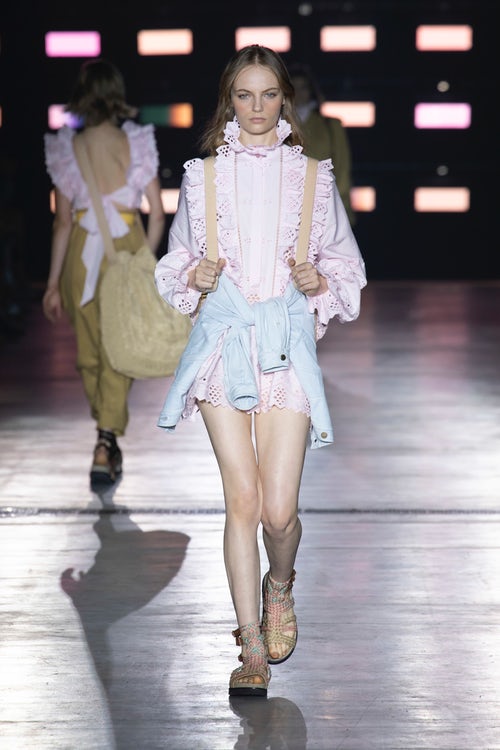 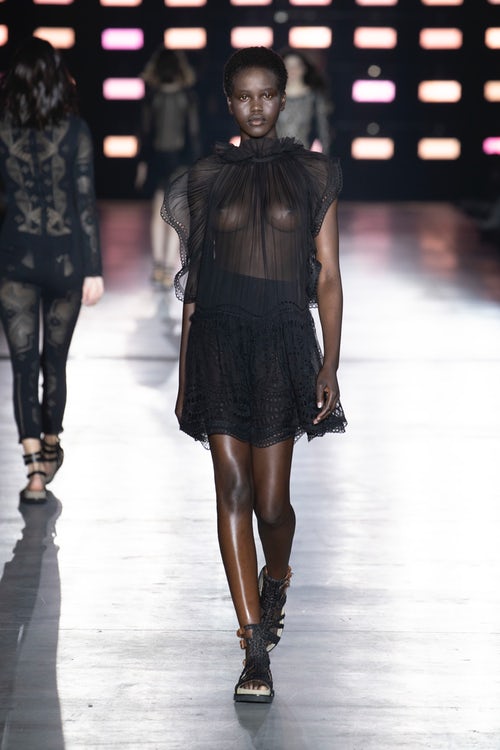 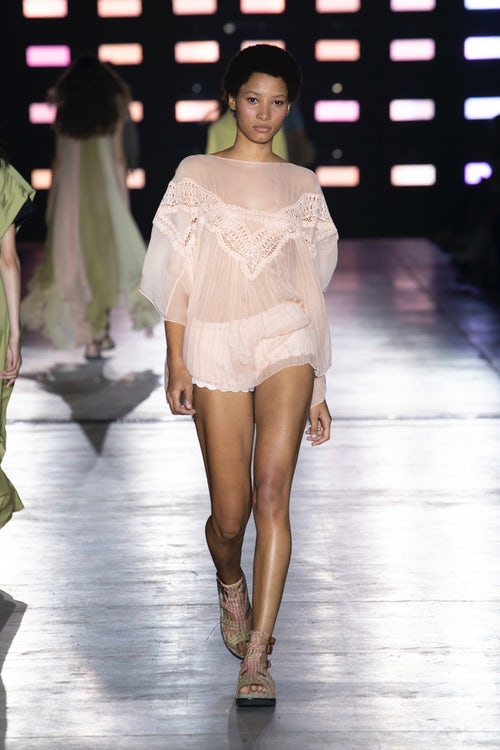 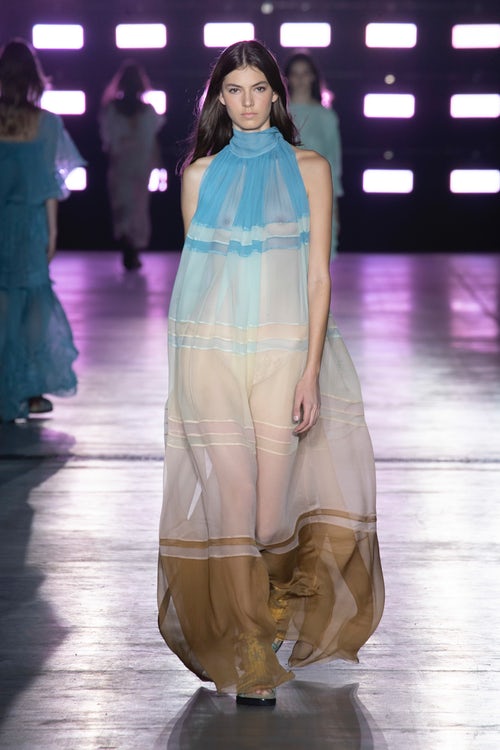 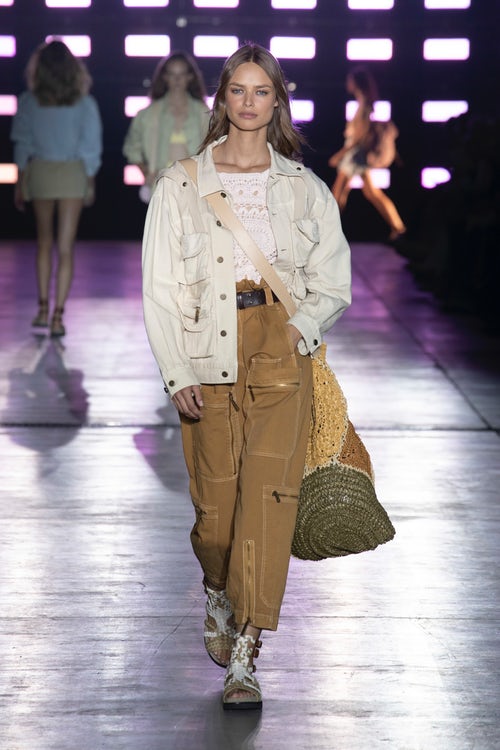 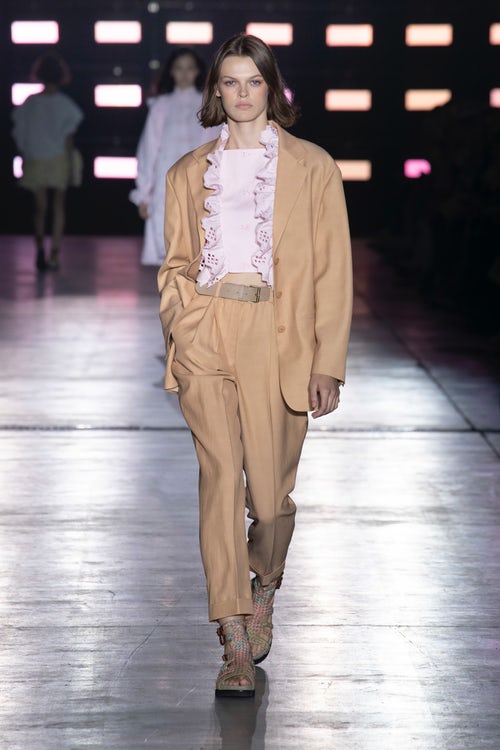 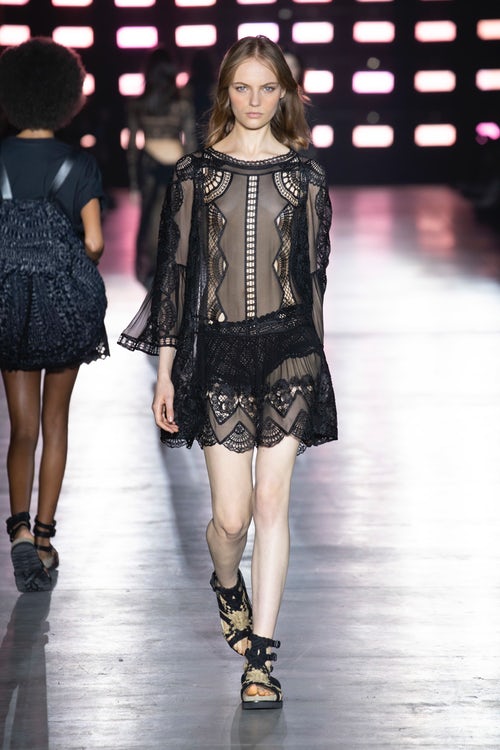 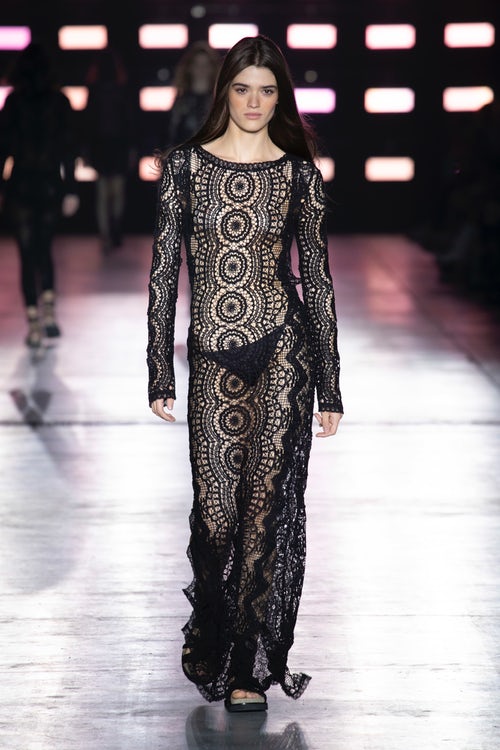 At the start the ninth edition of the Born Awards