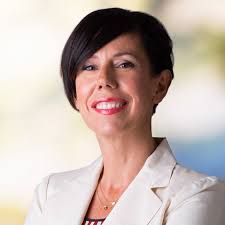 The Board of Directors of * Aeffe * – a luxury company, listed in the STAR segment of the Italian Stock Exchange, which operates in the prêt-à-porter sector as well as in the footwear and leather goods sector with well-known brands, including Alberta Ferretti, Philosophy of Lorenzo Serafini, Moschino, Pollini, Jeremy Scott and Cédric Charlier – informs that the administrator Sabrina Borocci resigned from the Company’s Board of Directors due to the intensification of her professional commitments.

Borocci, a non-executive and independent director drawn from the Majority list and appointed by the Shareholders’ Meeting of 12 April 2017, was part of the Company’s Remuneration Committee. No indemnity or other benefits are provided for consequent termination of office. In compliance with the provisions of article 15.6 of the Articles of Association, the next Board of Directors meeting of May 14, 2019 will co-opt an independent director who will remain in office until the next Shareholders’ Meeting.

Ferragamo, Damiani and Stein: three Cavalieri del Lavoro from the world of fashion