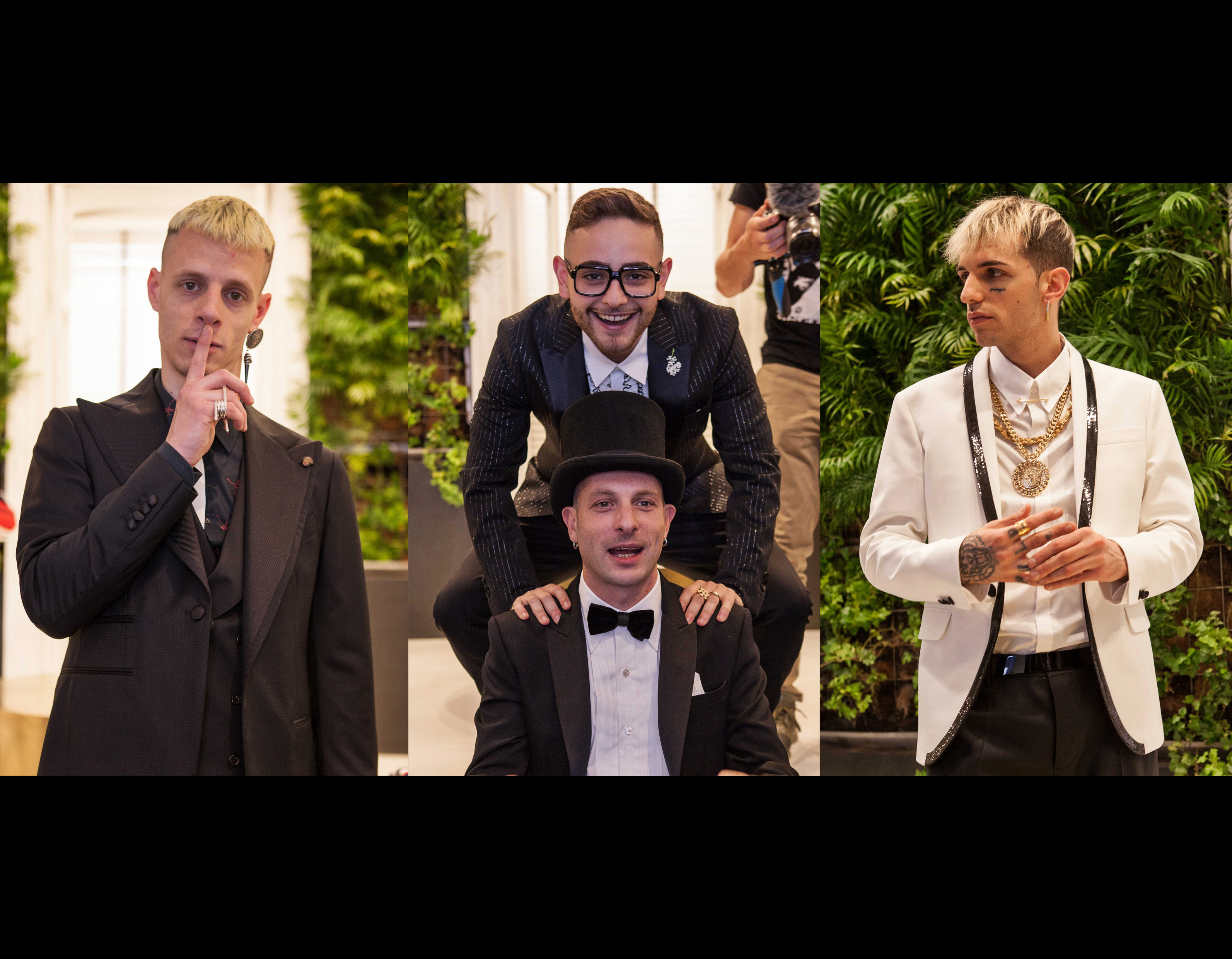 Achille Lauro, that day in Naples with Rocco Hunt, Clementino and Boss Doms which started in Michele Franzese’s boutique

Achille Lauro was one of the protagonists of the Sanremo Festival, with his song “Me ne frego” but also with his performances in which he played in his own way San Francesco, David Bowie, the Marquise Casati and finally Elizabeth of England. And to many Neapolitan fans, seeing Achille Lauro, a beautiful Neapolitan day of May 2018 came to mind, which began right in the Michele Franzese’s boutique, during which the thirty-year-old Roman singer recorded a video together with Rocco Hunt, Clementino Iena and Boss Doms . We are talking about a “gipsy wedding” for four friends who have made an appointment with a “secret meeting” that began in Michele Franzese’s boutique. It was the very original idea of ​​Rocco Hunt, Achille Lauro, Clementino Iena and Boss Doms: all of the public’s favorites and above all of the social networks that had gathered in the heart of the city for the video of the new single “Ammò”, produced by Angelo Calculli and directed by Andrea Labate. The four singers, in the wake of an experiment already performed successfully by Achille Lauro for the video of “Thory”, had published the same post on their boards and stories of instagram simply announcing place, date and time. The four friends – singers went to the Neapolitan boutique of Michele Franzese where they got to wear the latest models by Givenchy, Dsquared2, G.Pasini and Alexander McQueen combined with the jewels of Emanuele Bicocchi, Balmain and Ambush. As well as luxury shirts like those of Tom Ford, especially selected by the staff of Michele Franzese who once again was the protagonist of an innovative happening in fashion, entertainment and communication. Hence the group was then given an inevitable bath of crowd in the landmarks of the city center: Via dei Mille, Piazza Vittoria, Via Chiaia and finally Piazza del Plebiscito, where the meeting was set with fans. The images were used to create the video that celebrates love, not the one between a man and a woman, but the love  between friends: four friends who found themselves after a while.

New York fashion week, Michael Kors will not be present

Digital and international, the turning point of Milan Wine Week