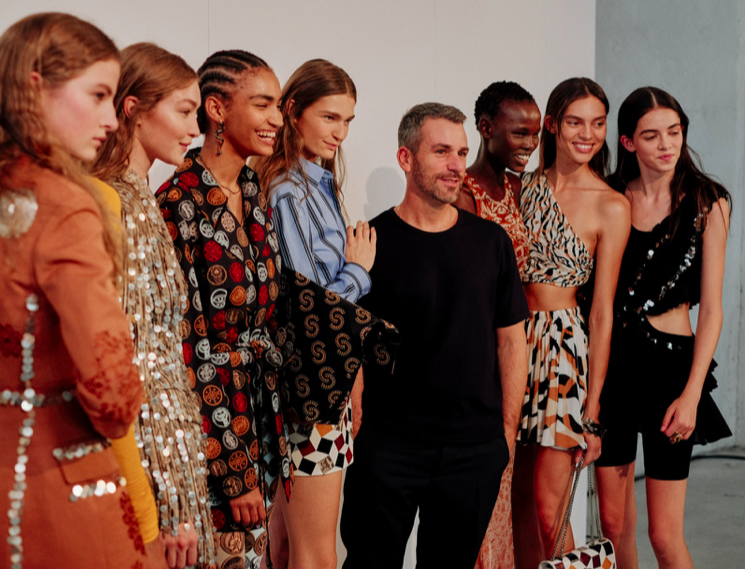 Creative director Paul Surridge clearly knows what he wants to communicate, but it’s almost as though the language he’s compelled to use is holding him back

Paul Surridge’s third season at Roberto Cavalli show suggests a circular logic in his relationship with the brand. His first go-round at the brand held an elegant promise of liberation from the past. Maybe too liberating, because his second season felt like he’d been reined in, brought back to codes that no longer looked so contemporary. Now one plus two makes three, where Surridge strives to honour the Cavalli heritage while at the same time making it clear he has his own heritage too: 22 years’ experience in men’s tailoring. There was plenty of that in the new collection, with extended blazers worn over bike shorts as a “new” suit.

Surridge’s challenge will always be making Cavalli’s familiar-bordering-on-cliché-ed codes new in a way that also satisfies his own needs. His latest attempt at reconcilation was most successful with the pieces inspired by a trip he took with his design team to Northern Morocco. (Tribal exotica was always one of Roberto’s pet flourishes.) Surridge drew on a palette of sand and spice. He reconceptualised djellaba stripes as a jacket over a shirt, a stand-out look. There was fringing and beading, and clusters of paillettes that evoked the Medina. And Bella Hadid wore a hand-beaded silver jacket inspired, according to Surridge, by Moroccan bridal wear.

Modernization of the traditional artisanship that distinguished Cavalli was another of Surridge’s goals. A woven leather dress (paired again with bike shorts) worked better than pieces patchworked with python, laser cut and bonded, rather than sewn. And all of that worked better than the animalier, the fundamental Cavalli signature, here conjured up from hybrid animal prints that lacked any two-beasts-are-better-than-one impact.

Surridge is a thoughtful designer, very articulate about his work. He said the focus of his first collection was the shoulder and back, to be expected from someone who’d come from a menswear background. Very him, in other words. Second collection, it was the décolleté and the legs, very Cavalli. This time, his focus was still the leg, but he also wanted to emphasise the core, the idea of the body’s physical power. The midriff was bared in various artful ways. There was a crisscross element that had a hint of Amazon (the mythical female warriors, not the digital titan). If only it had been more than a hint, because that kind of power is what the show lacked. Surridge clearly knows what he wants to communicate, but it’s almost as though the language he’s compelled to use is holding him back. 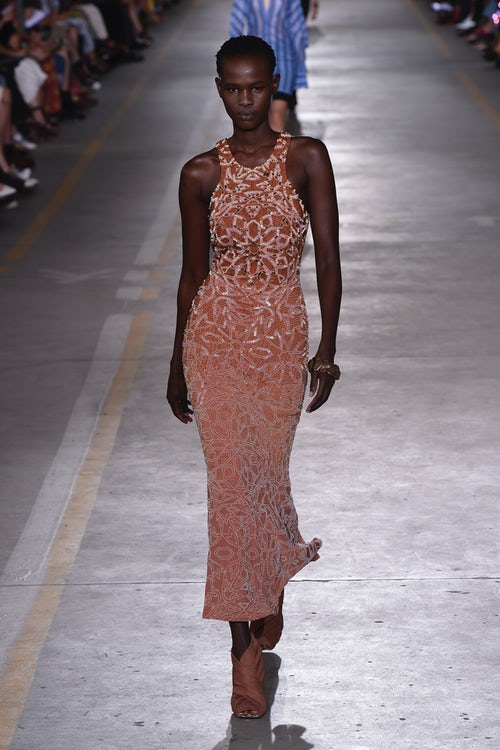 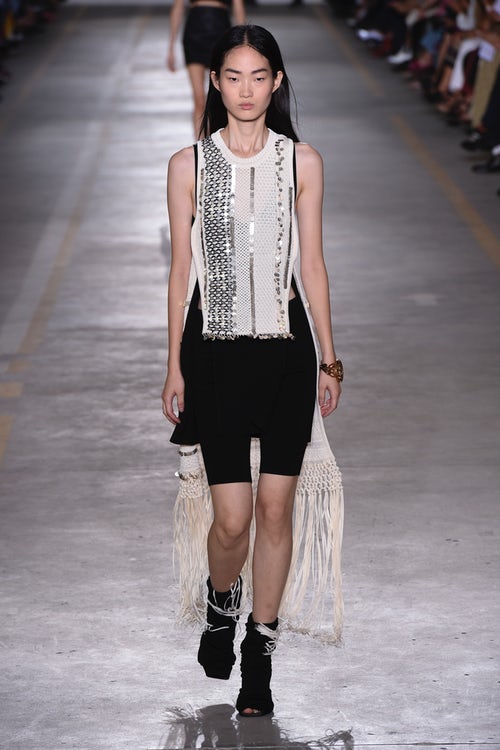 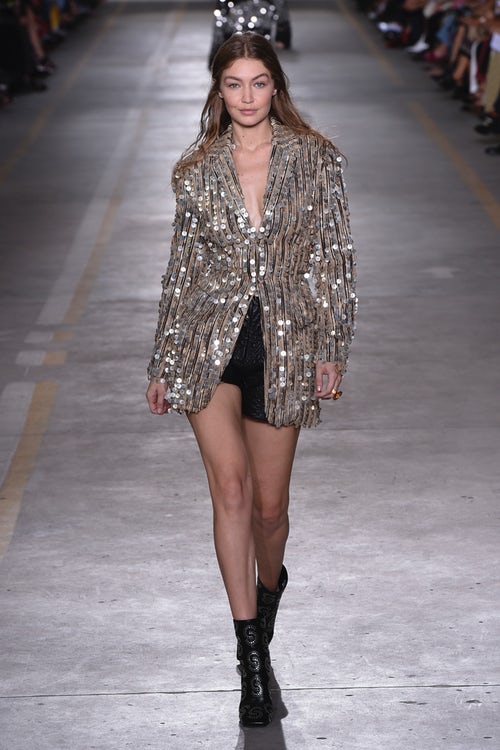 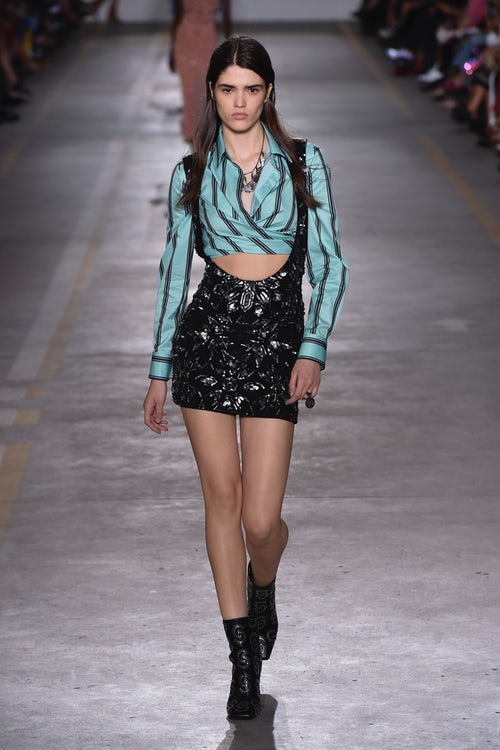 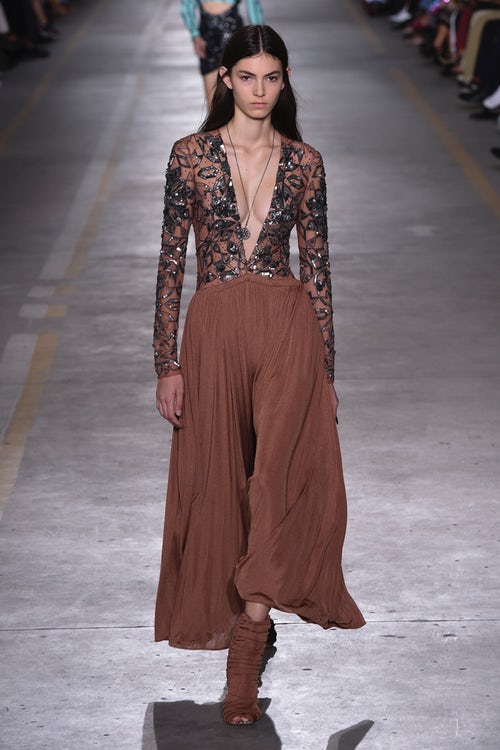 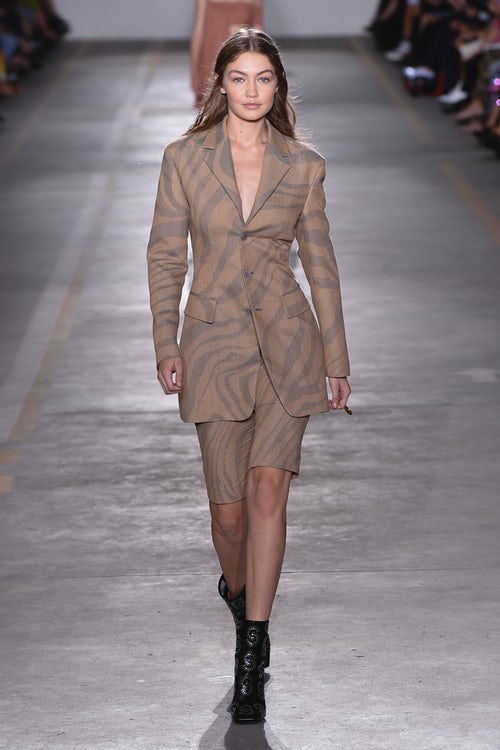 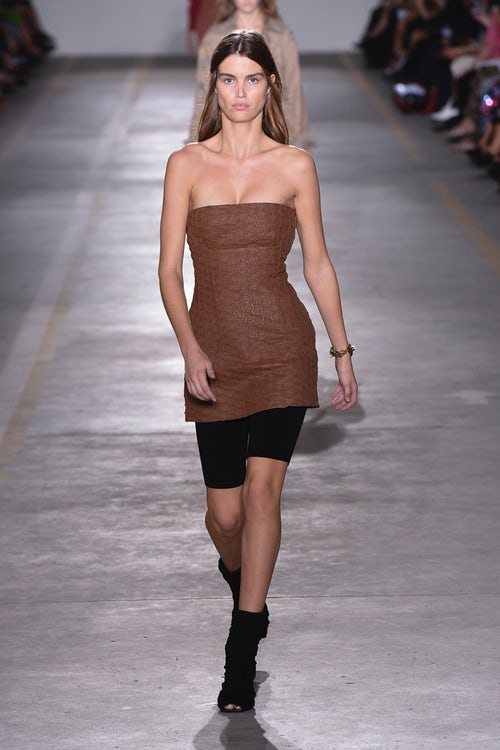 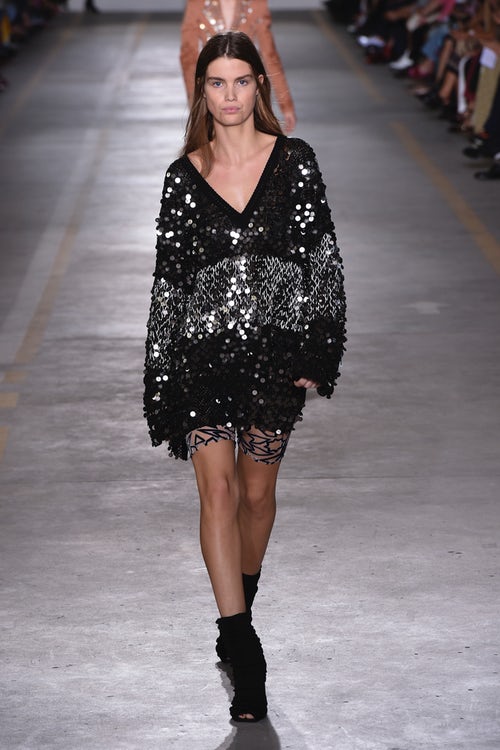 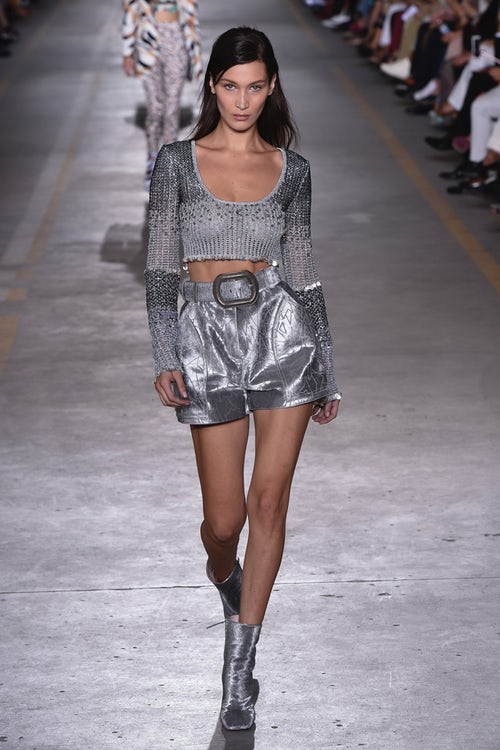 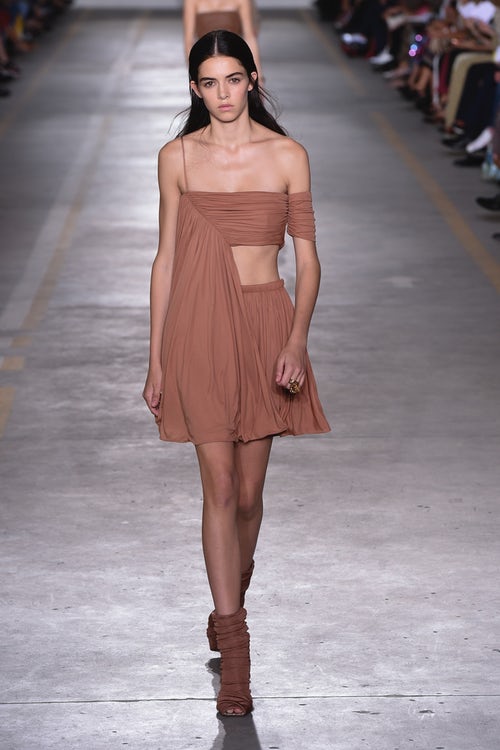 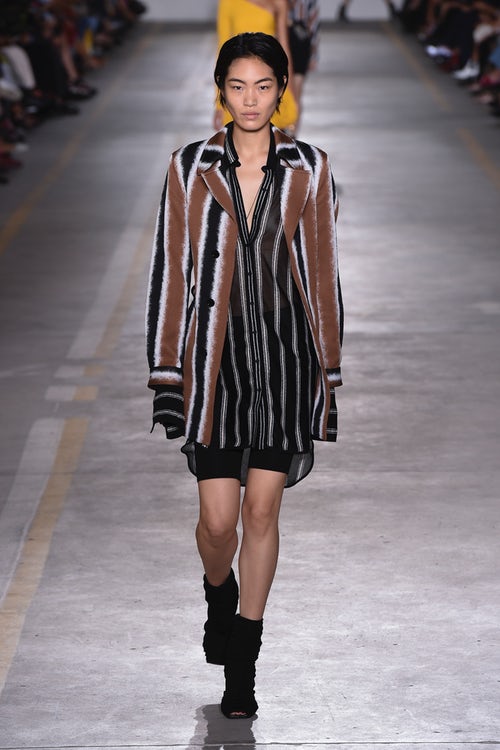 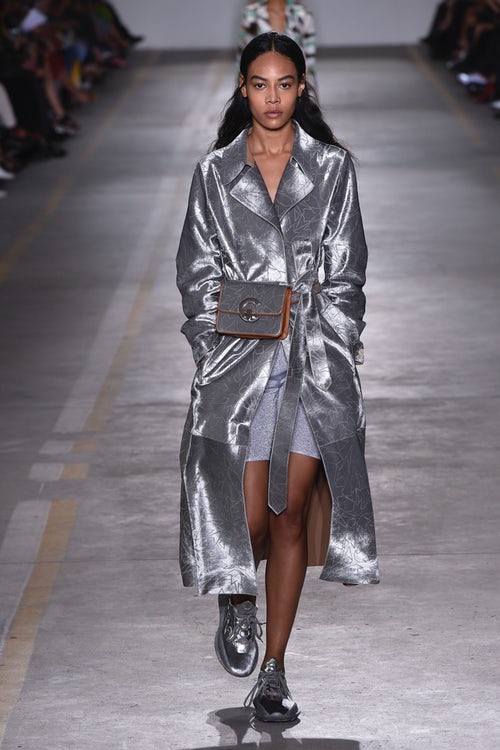 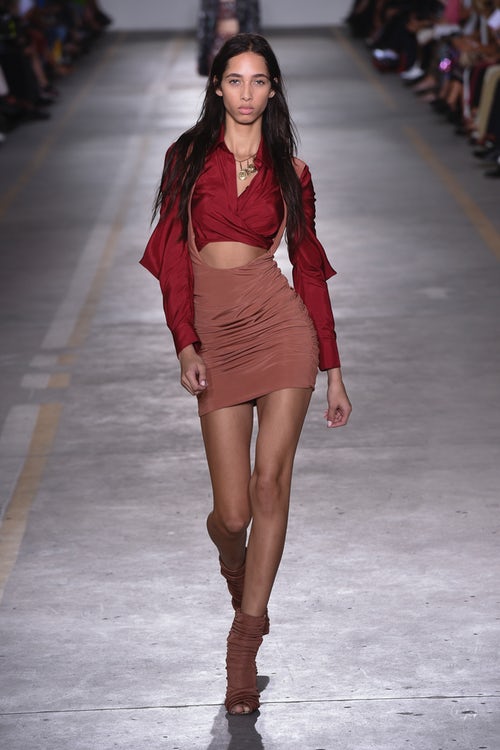 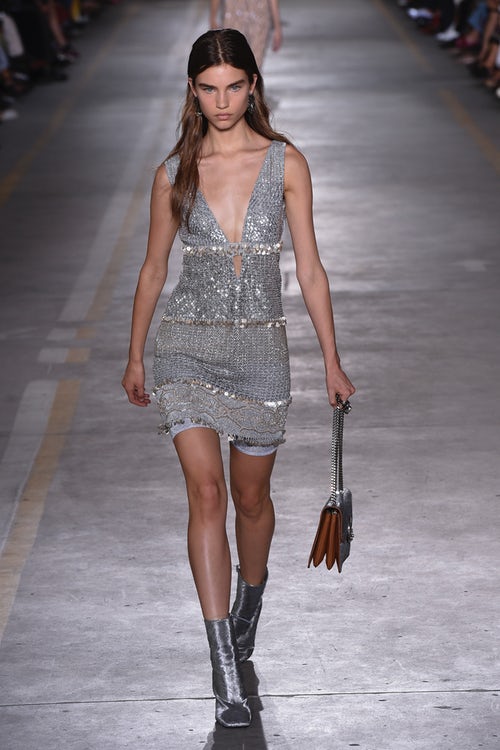 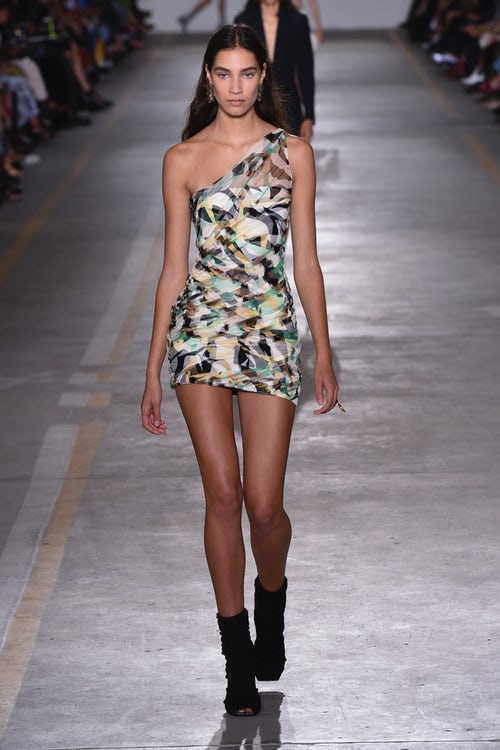 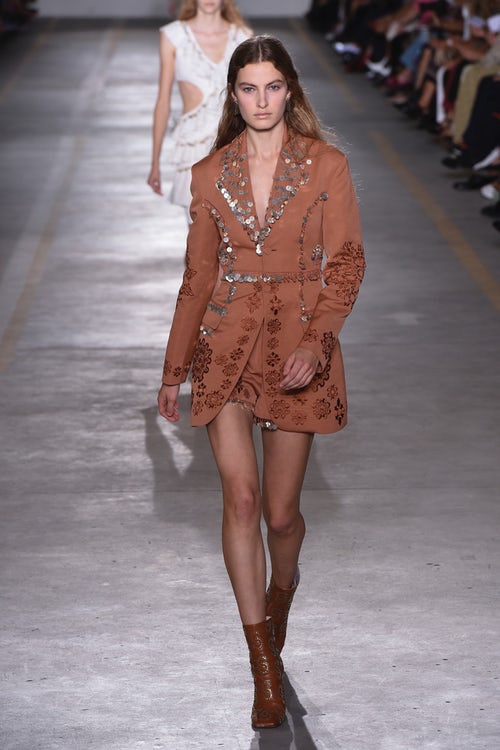 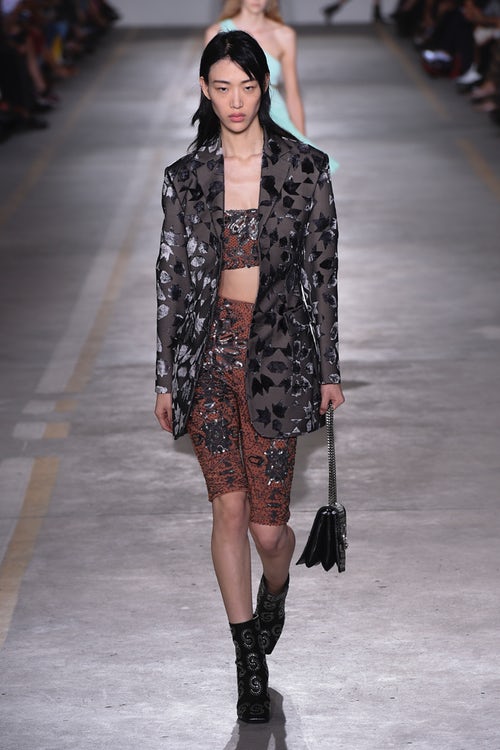 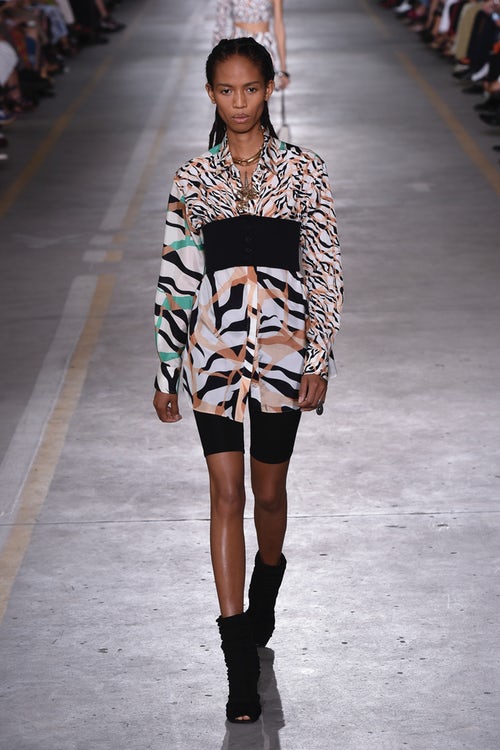