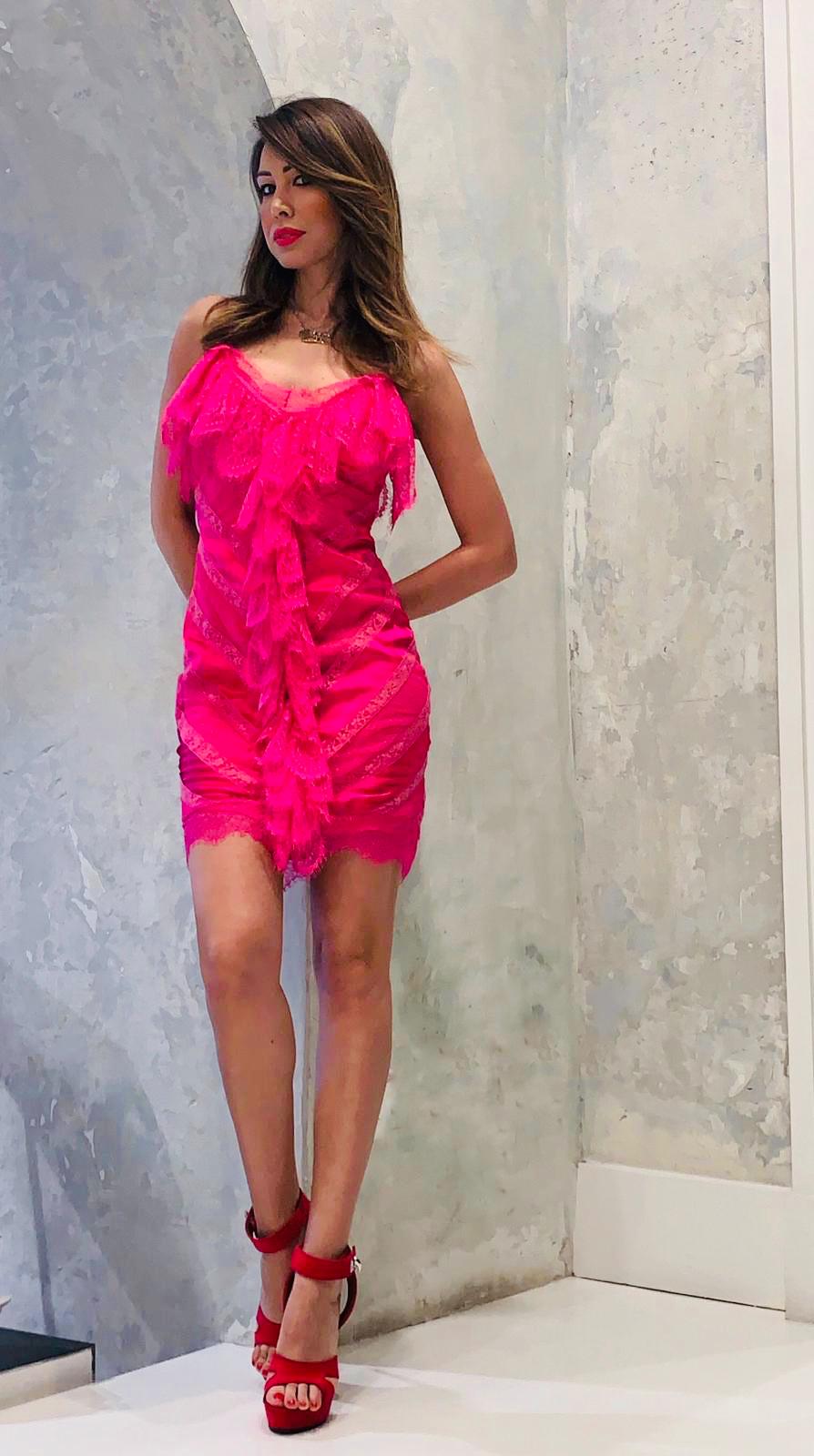 A look a la page for Il Bello del Calcio: signed by Amen

Fuchsia petticoat dress with lace inserts and tonal ton diagonal stripes: this is the choice of Michele Franzese for Claudia Mercurio

The lace inserts embellish the fuchsia slip dress of Amen, ready to conquer the audience of Il Bello del Calcio, with its sensual charge. It is certain Michele Franzese, who also this week has chosen for the presenter Claudia Mercurio an exclusive outfit for the Canale 21 broadcast that sees at the forefront the director of the Corriere dello Sport Ivan Zazzaroni.

The shiny fabric of the dress worn by Claudia alternated in fact with the opaque and semitransparent polka-dot lace, creating diagonal stripes on the mini dress, to balance elegance and sex appeal.

In the episode aired tonight, in fact, the Neapolitan presenter has once again conquered her many viewers who follow her week after week on the successful sports talk show produced by Napoli Canale 21 and Quaranta Production.

Moreover, every week issues concerning the Calcio Napoli are discussed with completely new times and ways, and with the support of images, statistics and curiosities: music and fun never fail, with the comedy of Peppe Iodice and a band always present in addition to musical interventions by artists such as Sal Da Vinci, Franco Ricciardi and Andrea Sannino, who in the last episode also presented the song Nanà written by Renato Zero.

Michele Franzese & La Caffettiera, synergy in the name of excellence. With Serena Autieri too

Check out top designers of Michele Franzese Moda / Amen, contemporary and avant-garde at the same time

Check out top designers of Michele Franzese Moda / Fisico, prêt-a-porter on the beach