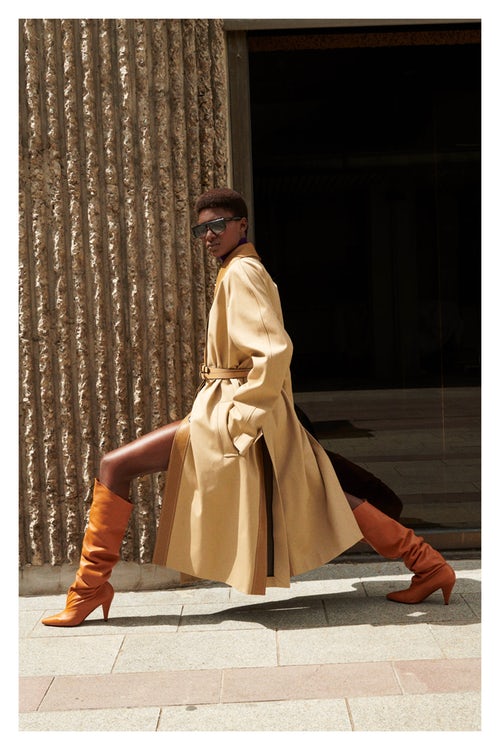 Givenchy showed in the Cruise for the new 2019 collection

For her first resort collection since taking over the creative direction of Givenchy, Clare Waight Keller delved deeper into the house’s roots, mining inspiration from two lesser-known aspects of its heritage: sportswear and Hubert de Givenchy’s passion for Japanese culture.

The later played out subtly, resulting in a saturated color palette and various Japanese-style prints and fabrics that worked well with Waight Keller’s background in traditional men’s tailoring.

A graphic play on red and black recalled a distinct manga vibe, while the wide-knotted belts on a leather column dress and a padded black trench coat seemed reminiscent of traditional Judo belts.

As for the sportswear element, that too was approached with a discerning hand. Inspired by Hubert de Givenchy’s original sports line— Givenchy Sport—from the early Eighties, Waight Keller infused her separates with a subtle, athletic ease, showing masculine wool coats over sleek stirrup pants, lightweight leather hoodies and, in at least one instance, a zip-up cowl-neck jacket featuring a very ‘80s-inspired V-shaped motif along the front.

While this is just the lastest in a string of luxury collections riffing on the idea of “glamleisure,” Waight Keller’s iteration offered up something different: polished, pared-back elegance, a characteristic all too often lost in the realm of streetwear. 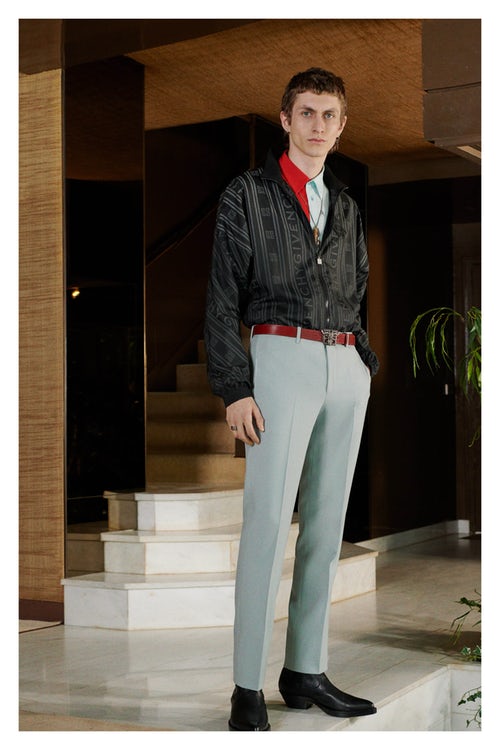 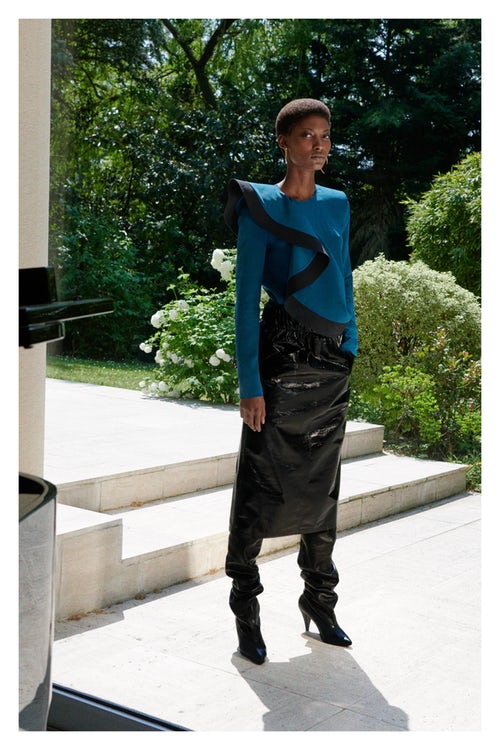 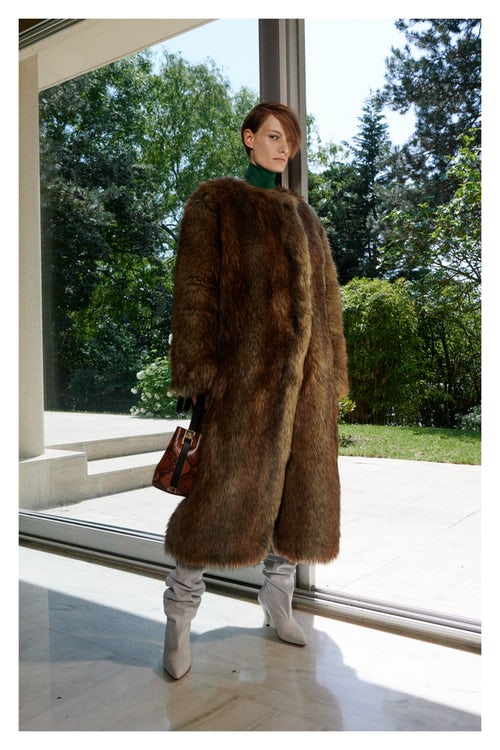 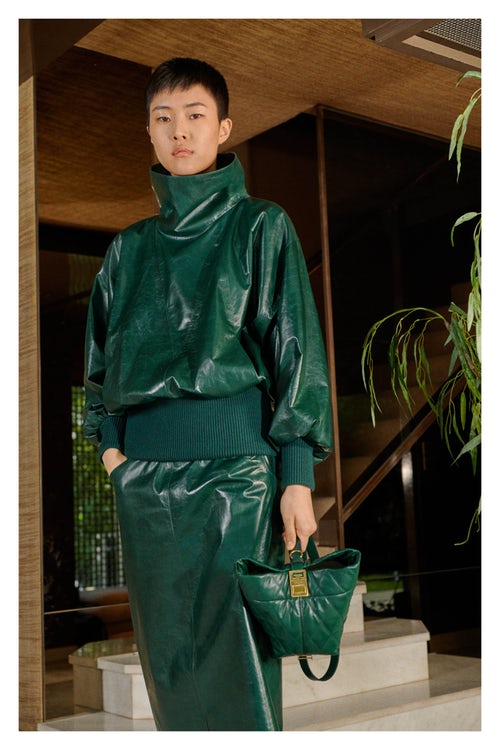 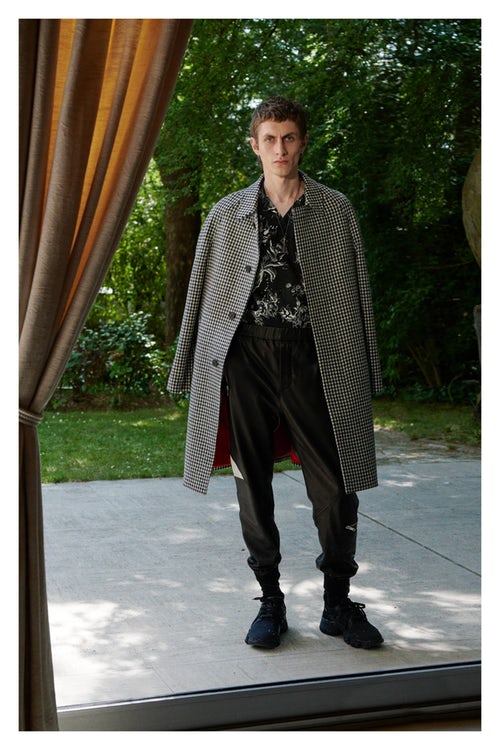 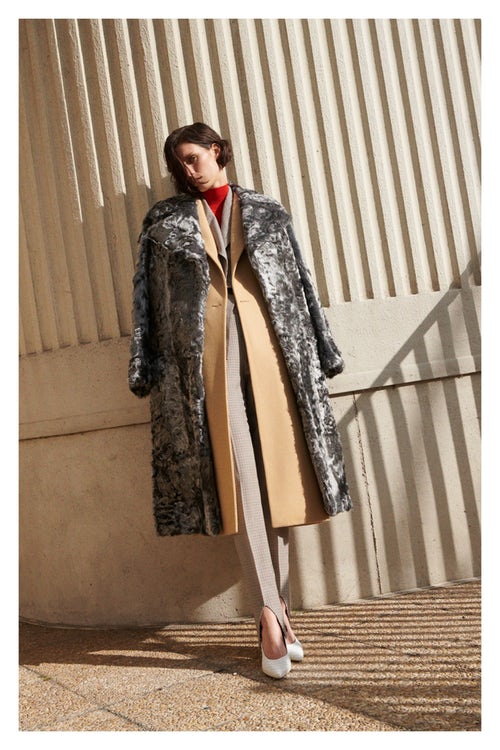 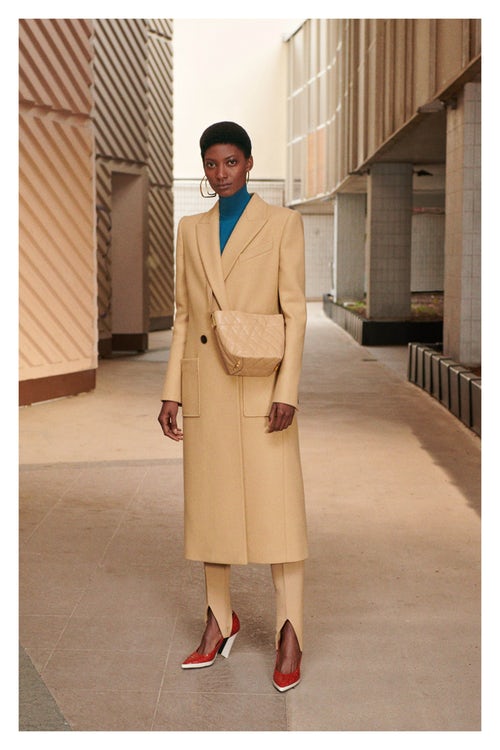 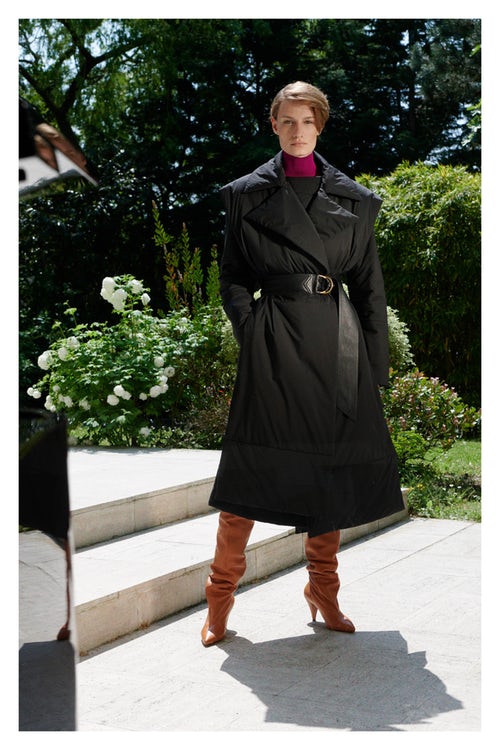 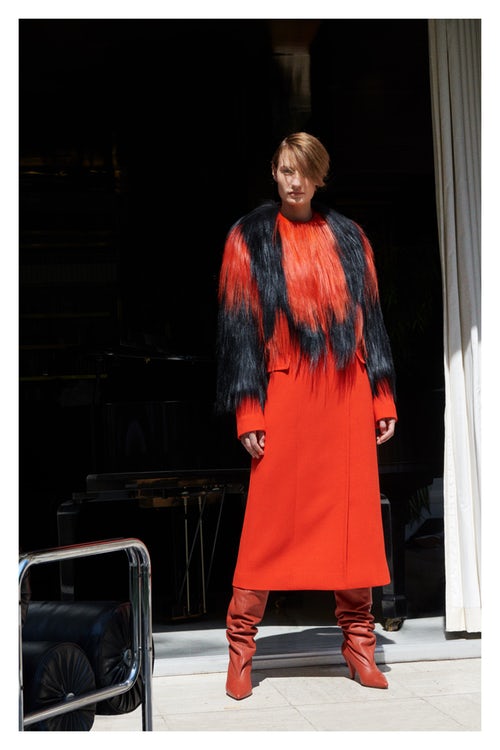 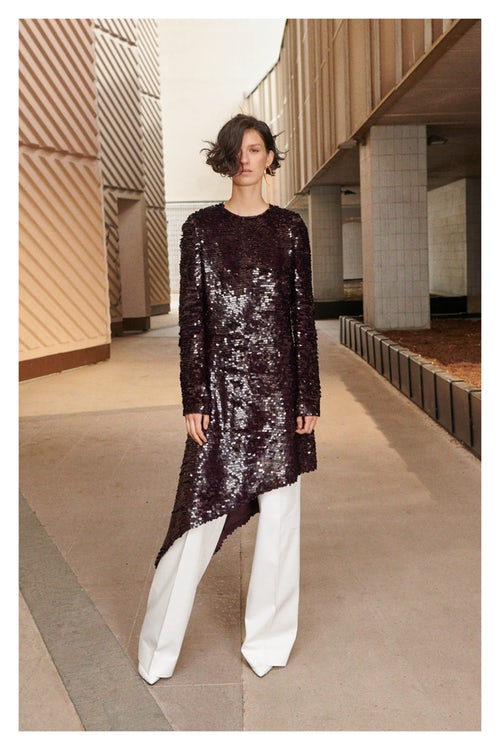 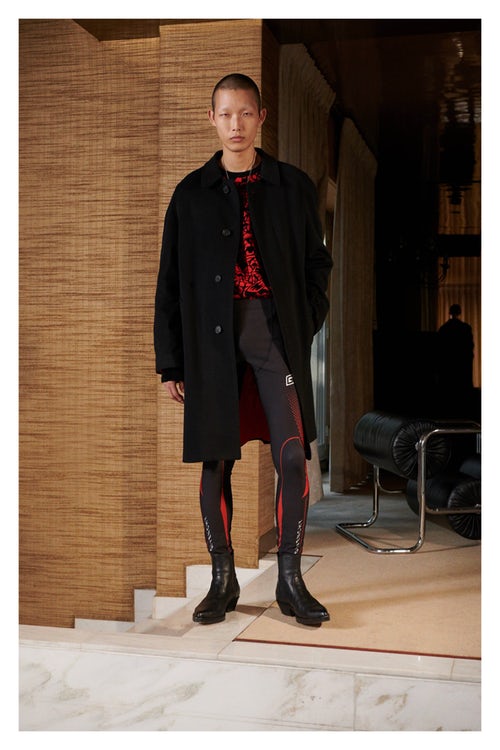 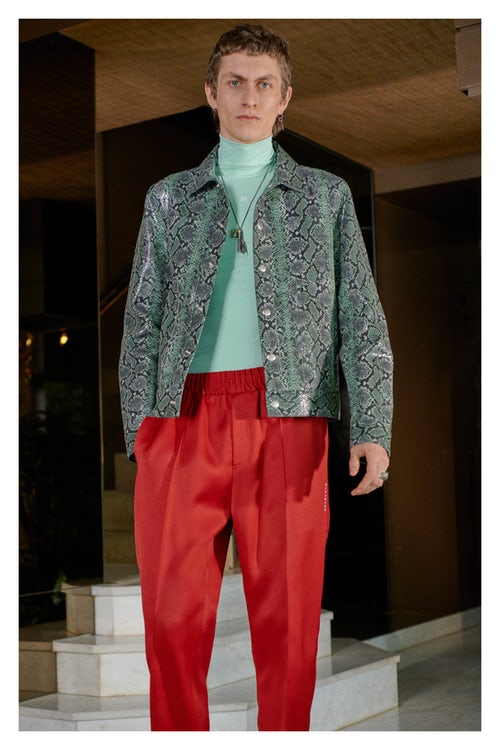 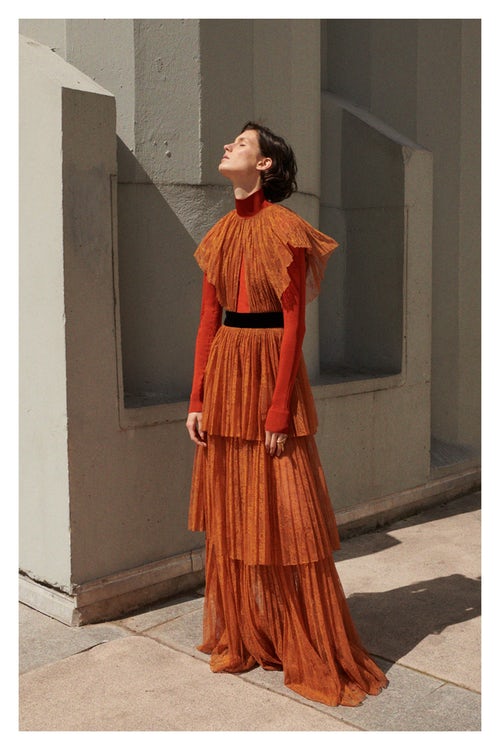 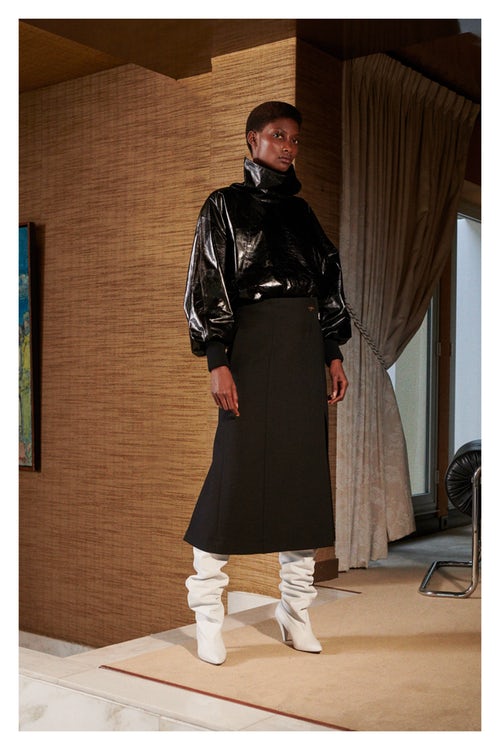 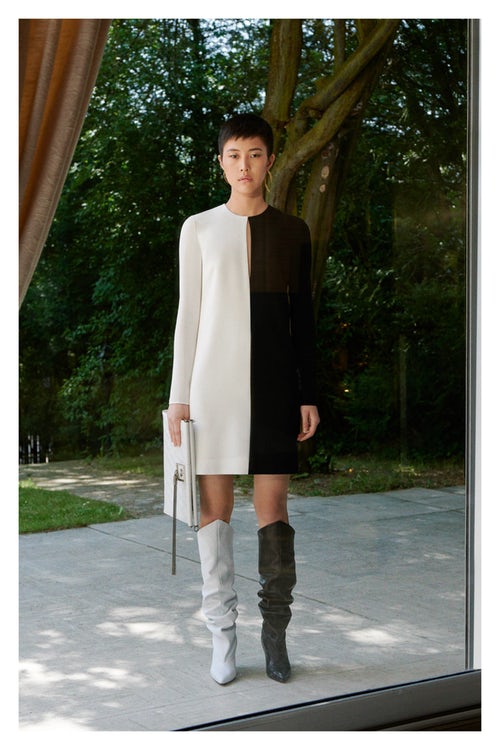 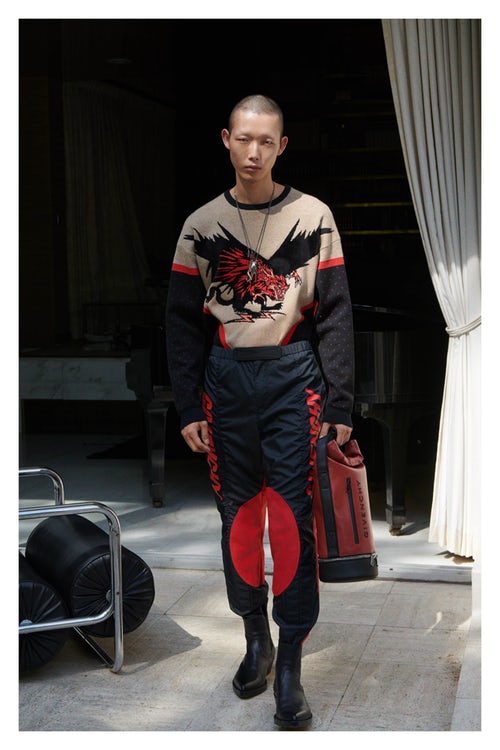 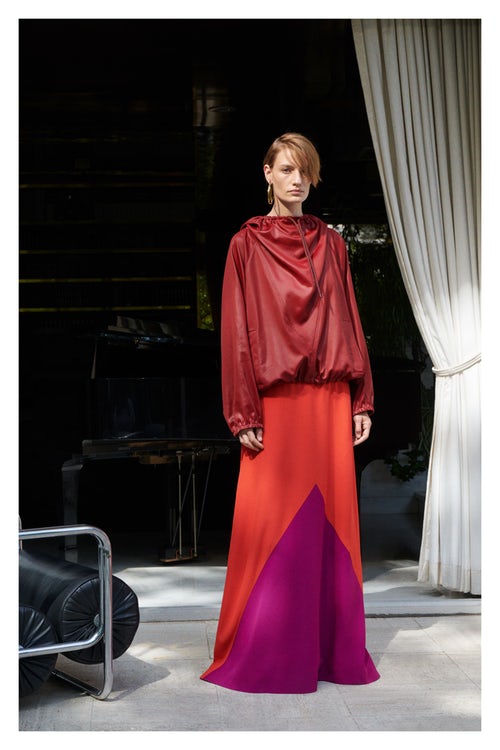 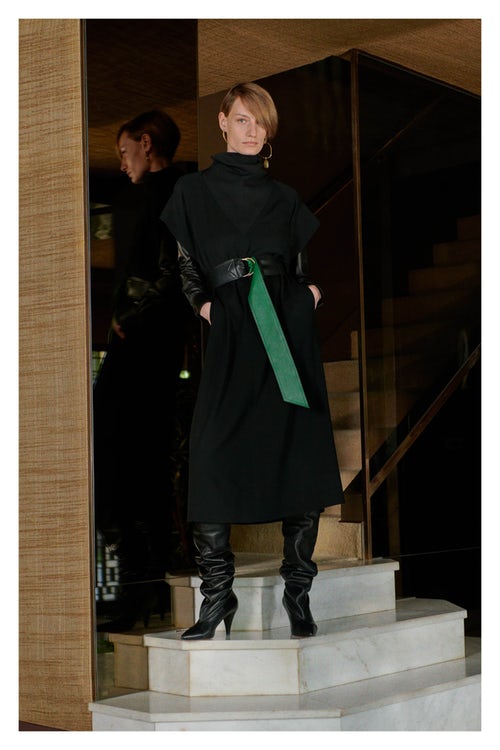 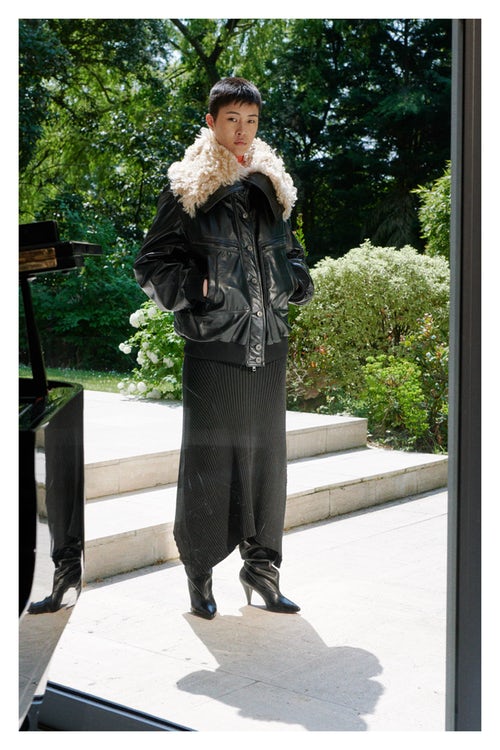 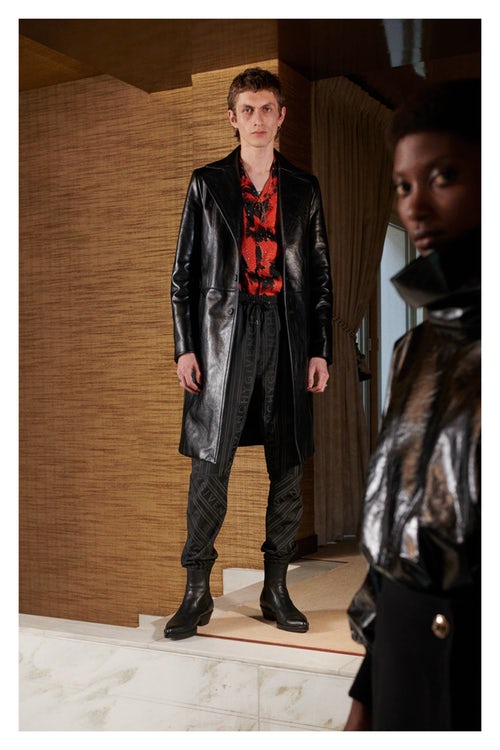