The French designer Alexandre Vauthier celebrated his new collaboration, which debuted early this year in Paris, with vips and fashion system stars

“When I started this collaboration with Alain Mikli during the last couture show, the theme was Studio 54,” Vauthier said at the event

. “I was working on this concept, and we decided to launch this collaboration here because Studio 54 was in New York. We wanted to recreate the ’80s vibe with its glamour and sexy attitude.”

Embodying that glamour and sexy attitude were the guests, including Rita Ora, Lily and Ruby Aldridge, Joan Smalls and a slew of sequence-clad girls, all of whom looked (pun intended) simply irresistible.

Their attire nodded to the flamboyant styles that defined the decade when Palmer, Diana Ross, Catherine Deneuve and David Bowie reigned supreme. In fact, it was The Hunger (the 1983 film, which starred the latter two icons) that influenced both the collection and the party’s theme.

“I definitely channeled that film,” said DJ Ruby Aldridge. “When I chose the music, I made sure to have some Bowie and some weird French music.”

“This was one of the references,” Alexandre Vauthier explained. “When I was I young, it was everything for me.” 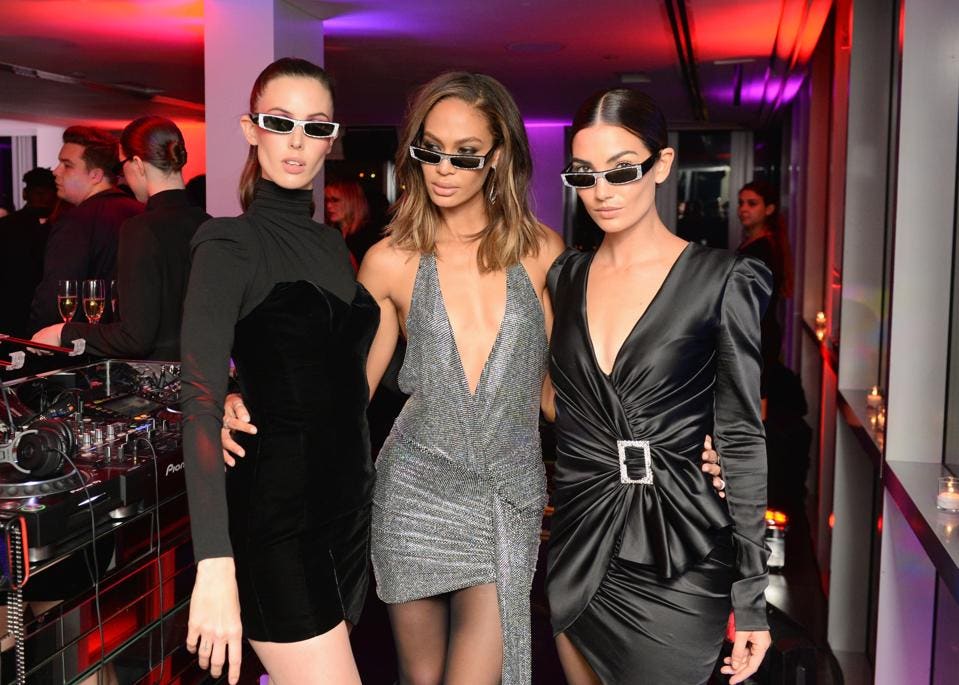 Indeed, Alexandre Vauthier’s penchant for the sensual imagery is one of his hallmarks.

Skin-tight dresses, micro-mini skirts and all things sparkly have long been central to his collections since he launched his eponymous label nine years ago.

No matter what the trend may be in a given season, he has remained consistent and has not deviated from the brand’s DNA—something that struck a cord with Giampiero Tagliaferri, the creative director of Alain Mikli.

“The aesthetic of both brands is very rooted in the ’80s,” he said.

“We have the same idea of this chic but also sensual woman. I think that Paris fashion in those years took risks. It was about being bold.

This idea of the ’80s woman is about being strong. They weren’t afraid of being sensual because they were sure about themselves.

Now, more than ever, the idea of a strong woman is important, and Alexandre Vauthier provides that with his clothes.”

The fashion that lives twice: in Forlì is celebrated the vintage of Saint Laurent, and of Harley