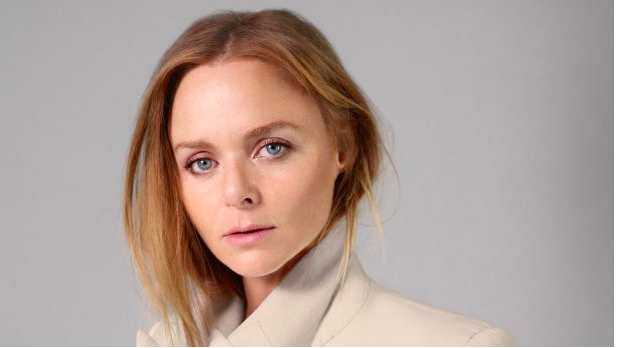 Kering is selling its 50-percent stake in fashion label Stella McCartney  back to the namesake designer after a 17-year partnership, confirming previous reports by BoF revealing that a formal transition process was already in motion and an announcement was imminent.

“It is the right moment to acquire the full control of the company bearing my name,” said Stella McCartney.

“This opportunity represents a crucial patrimonial decision for me. I am extremely grateful to Francois-Henri Pinault and his family and everyone at the Kering group for everything we have built together in the last 17 years. I look forward to the next chapter of my life and what this brand and our team can achieve in the future.”

“It is the right time for Stella to move to the next stage,” added François-Henri Pinault, chairman and chief executive of Kering.

“Kering is a luxury group that empowers creative minds and helps disruptive ideas become reality. I am extremely proud of what Kering and Stella McCartney have accomplished together since 2001″

McCartney had the option to buy back the shares in the label owned by Kering until March 31, according to the terms of their joint venture. Kering’s 50-50 deal with McCartney dates back to 2001

Kering and Stella McCartney have previously acknowledged separation talks on more than one occasion over the course of their partnership, and a source with first-hand knowledge of the matter says today’s announcement was originally slated for early January.

McCartney’s father, musician Paul McCartney, is said to have played a role in helping to finance the buyback — a time-consuming and expensive process — although this could not be independently confirmed.

The disposal of Stella McCartney comes at a time when Kering is streamlining its portfolio and focusing attention on fashion labels like Gucci — the group’s cash cow and a blockbuster success under the duo of Marco Bizzarri and Alessandro Michele — Saint Laurent and the still small but white-hot and fast-growing Balenciaga, designed by Demna Gvasalia.

In early January, Kering announced that it would spin off German sportswear brand Puma to its own shareholders, a move welcomed by analysts as the conglomerate finally fulfills its long-held pledge to become a pure luxury player.

McCartney first made her mark at Richemont-owned fashion label Chloé, before launching her eponymous brand in partnership with Gucci Group (once a subsidiary of what is now Kering), at the time run by chief executive Domenico De Sole and Tom Ford, who designed both Gucci and Yves Saint Laurent.

As a lifelong vegetarian, the London-born designer does not use animal products like leather or fur in her designs, and has turned her British take on modern femininity and tailoring into a global brand.

Kering does not break out earnings for its smaller fashion brands, but, in 2015, market sources estimated that Stella McCartney’s annual global sales were somewhere between $150 million and $200 million, although the annual retail value of Stella McCartney products is likely higher thanks to branded collaborations with Procter & Gamble for beauty and Bendon for lingerie.

Her activewear collection with Adidas, first launched in 2004, has become a brand in itself. In 2016, the designer launched menswear.

The split comes shortly after Kering announced its most profitable year on record, with group net profits soaring 120 percent in 2017, driven by “spectacular” growth at Gucci and Yves Saint Laurent as well as a strong performance by Balenciaga, which was the group’s fastest-growing brand in the fourth quarter.

The luxury conglomerate — whose stable also includes Bottega Veneta, Boucheron and Alexander McQueen — posted sales of €15.5 billion (about $19.2 billion) in 2017.

The results were a gain of 27.2 percent compared to the previous year. Revenues generated by the group’s luxury division topped €10 billion for the first time, with Gucci crossing the €6 billion mark in sales over the period.