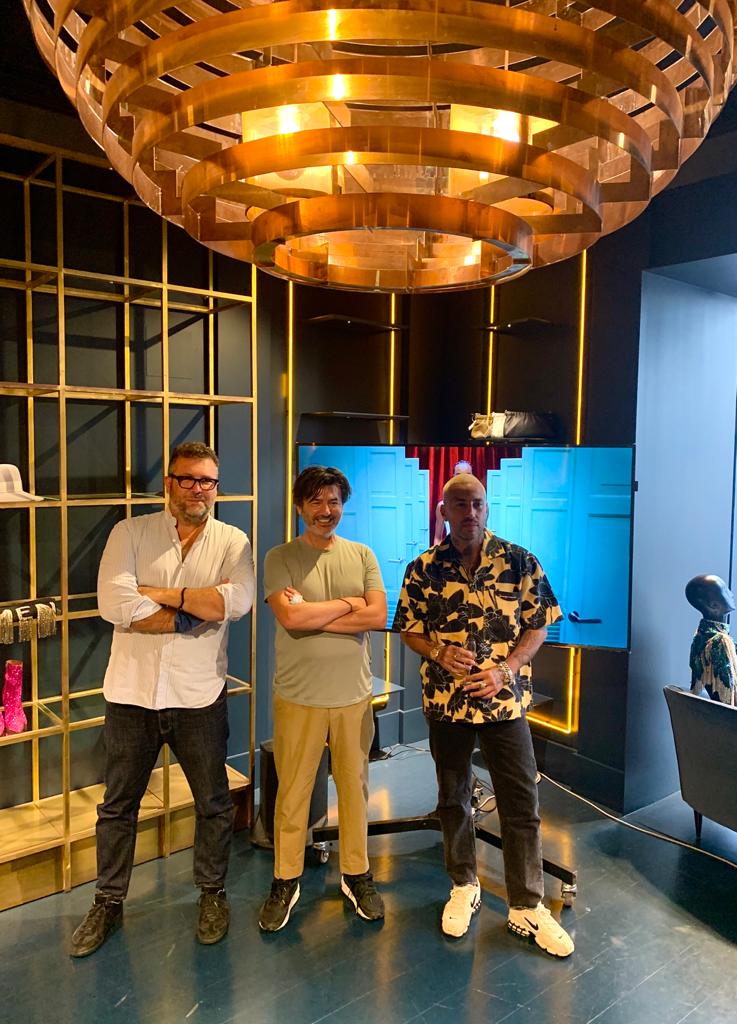 Amen event on the Naples-New York axis in the Michele Franzese’s Neapolitan store in via Morelli / piazza dei Martiri: the Amen brand presented its SS2021 collection with a digital video-show projected in the iconic spaces of Spring Studios, the central hub of all the activities of the New York Fashion Week, and also broadcasted on official digital channels @nyfw @fashionweek. The event was attended by models, influencers, show business and fashion personalities, entrepreneurs, professionals and journalists, and by the protagonists of the video show, that is the founder and creative director of Amen Jacopo Tonelli (excellent at the console too as a DJ), the Tv director Duccio Forzano (director of six editions of Sanremo Music Festival and of twelve editions of “Che tempo che fa“ with Fabio Fazio) and the Neapolitan rapper Luchè, here in photo with Michele Franzese. The video-show directed by Duccio Forzano is a tribute to the Neapolitan Hip Hop subculture and to the 41st parallel, a line that unites Naples and New York in a continuous socio-cultural exchange. Special guest of the video is Luché, a well-known Neapolitan rapper who uses instrumental nuances and sophisticated electronic grafts for his hip hop songs. “Amen loves Naples and Naples loves Amen – explains Jacopo Tonelli, the entrepreneur who launched the brand in 2003 – we are happy to be here in Naples on 41 parallel, ideally close to the American metropolis”. Michele Franzese is Amen’s exclusive agent for the city of Naples. For the occasion, the windows of the store in via Morelli-Piazza dei Martiri in Naples have hosted special items from the collection. Amen was already protagonist last October of a very successful event held at Michele Franzese’s store. The brand supports a modern approach to luxury and is characterized by a great know-how on details, embroidery, and silhouettes, loved by celebrities from all over the world, Amen dresses a contemporary woman and stands out for strength and determination. From the very beginning, the brand has aimed at customers who want to follow trends and are able to interpret their style with confidence and originality.